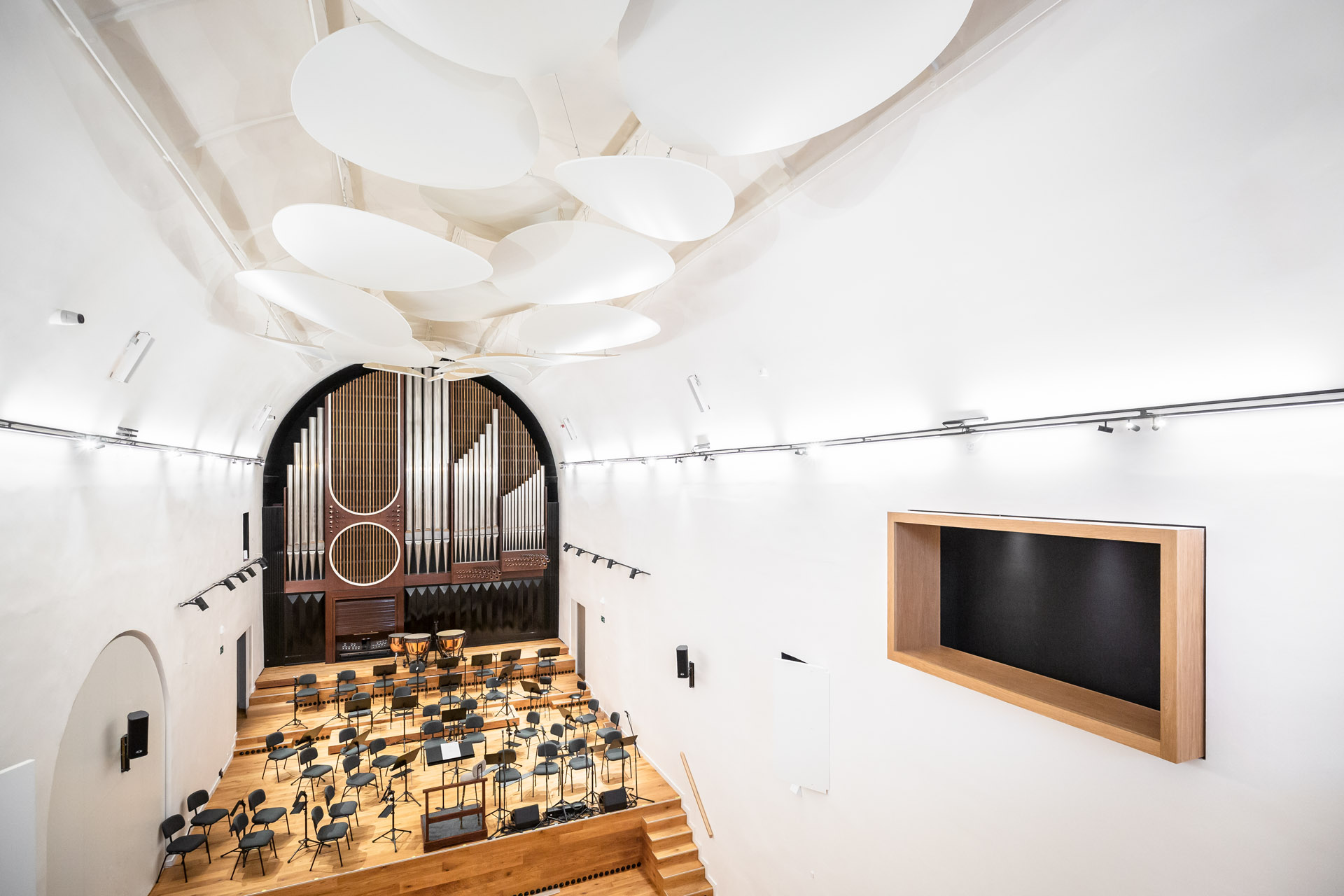 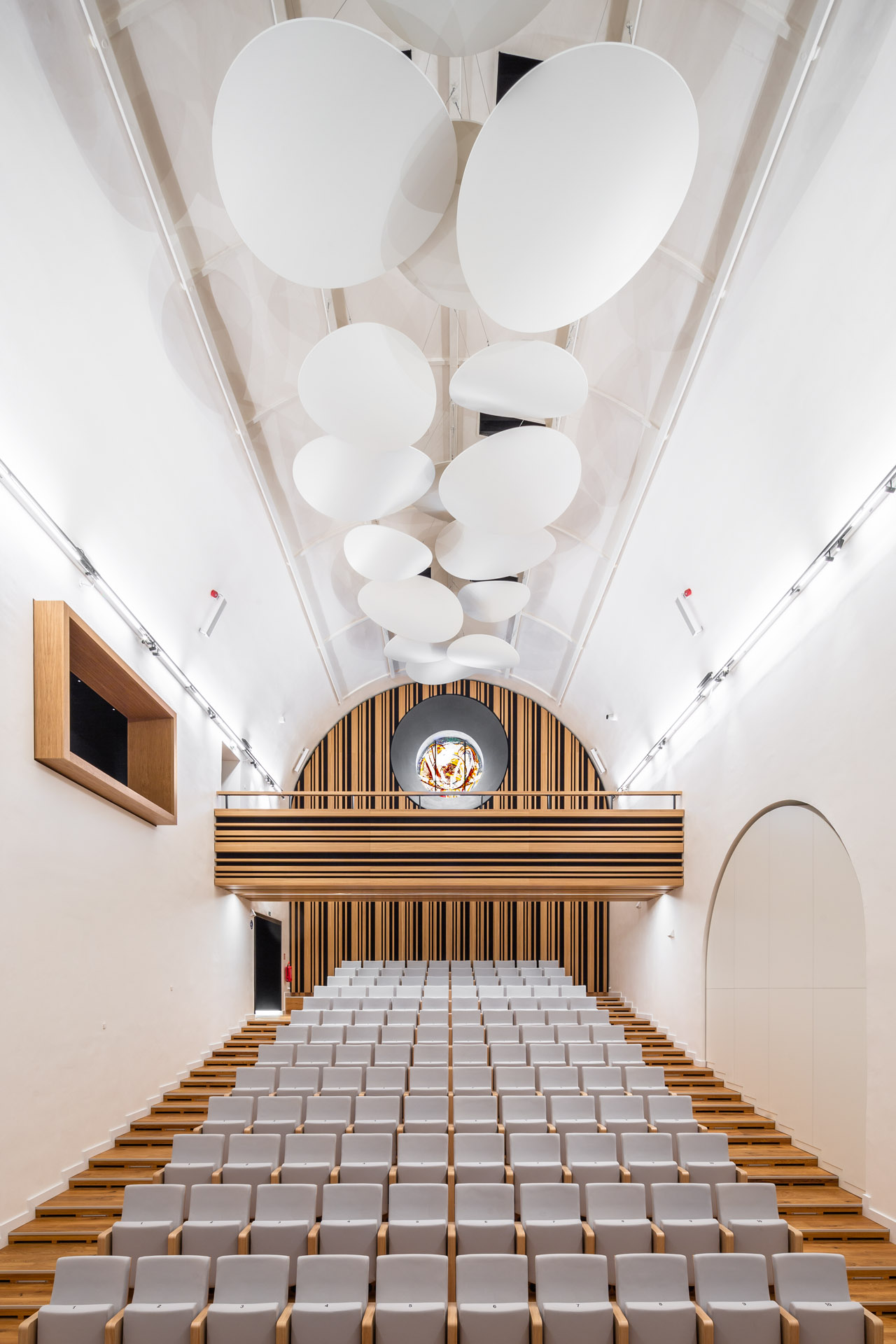 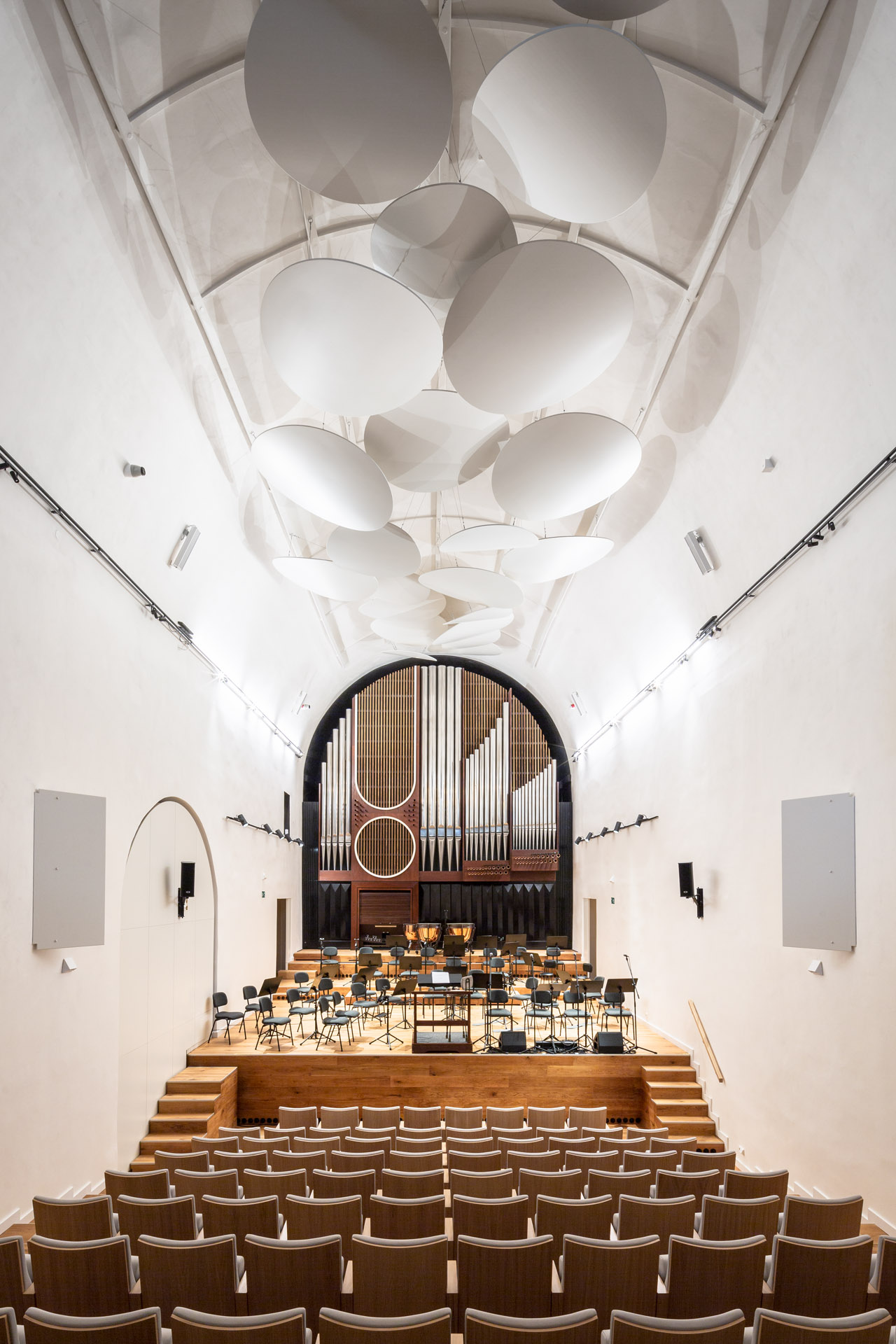 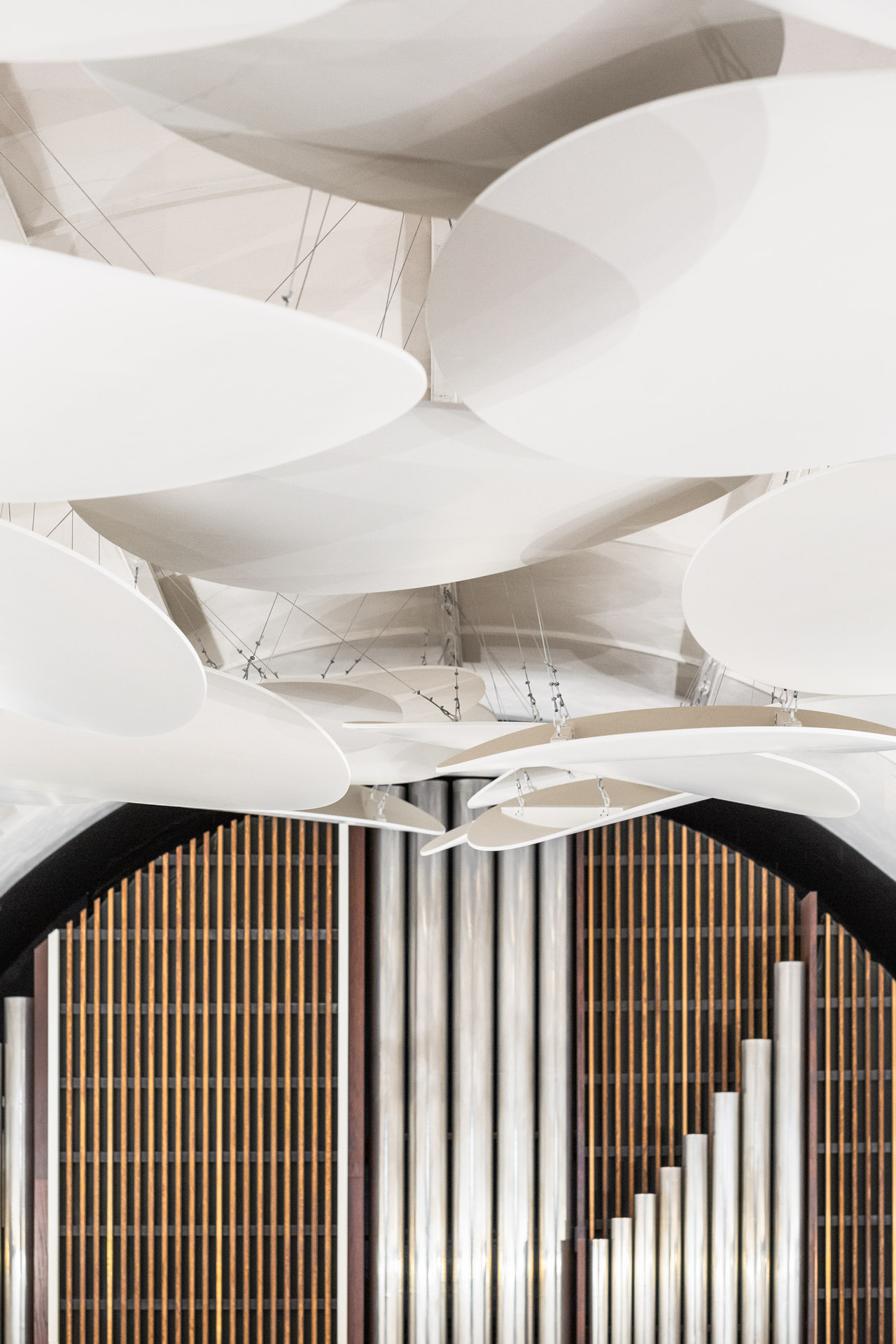 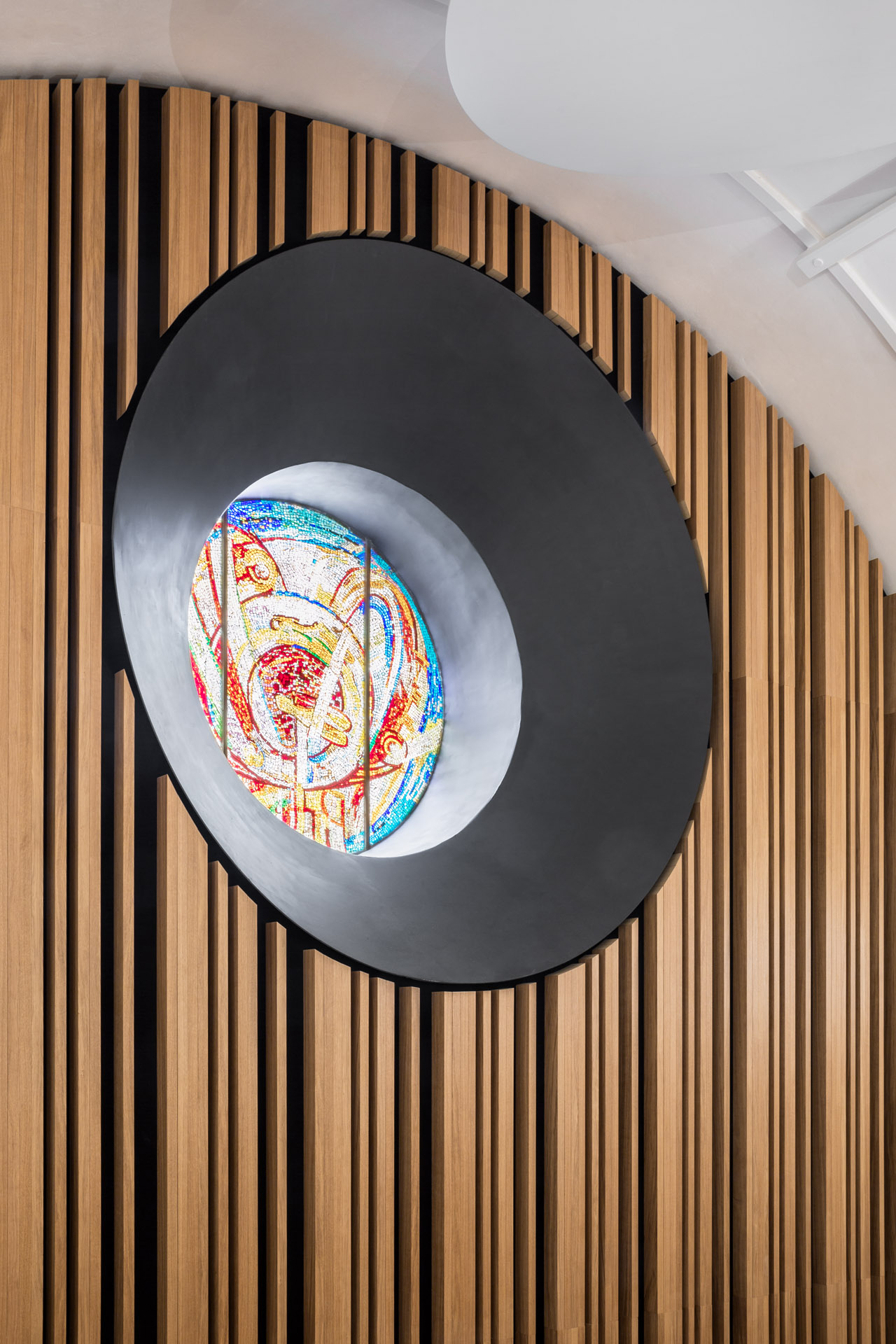 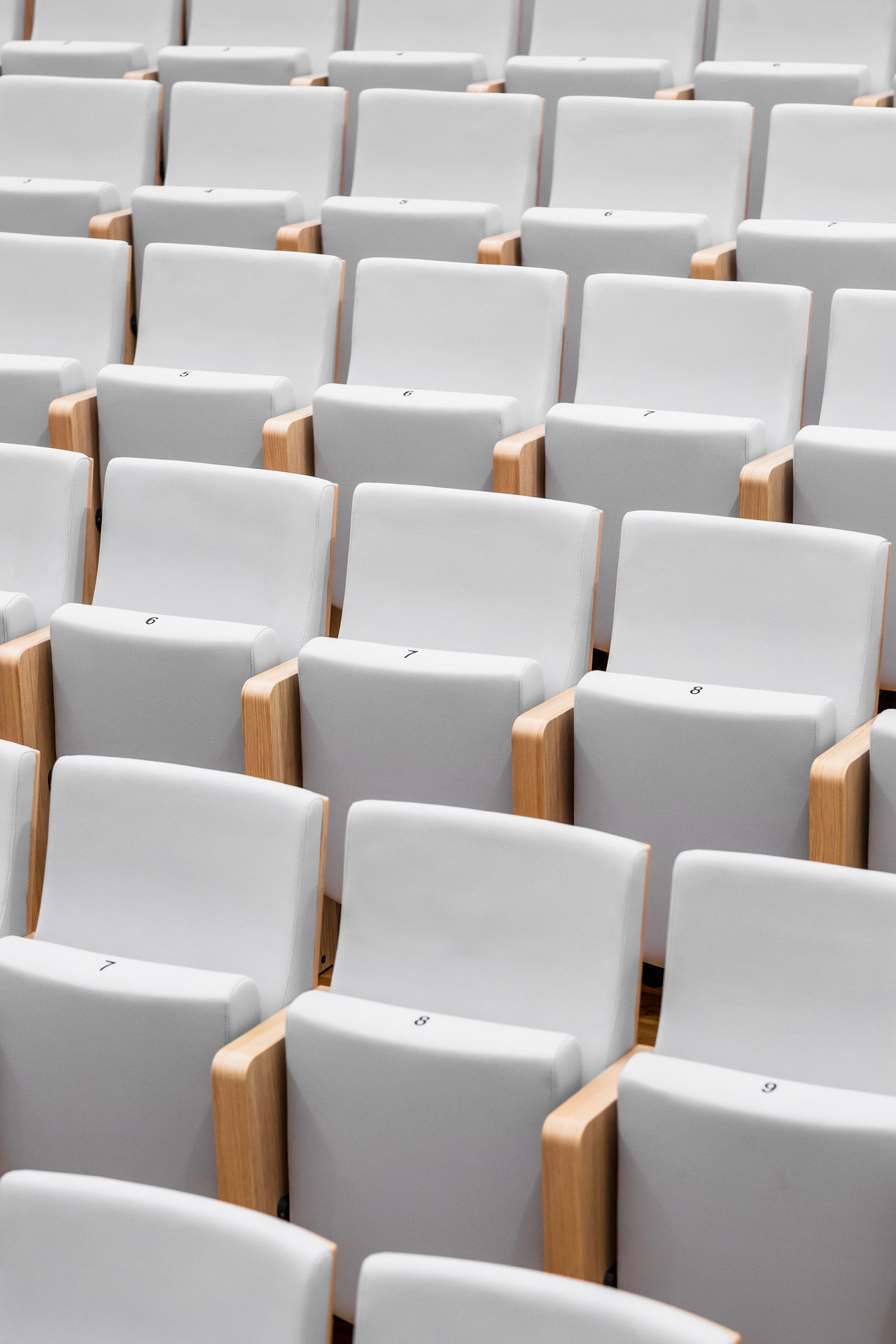 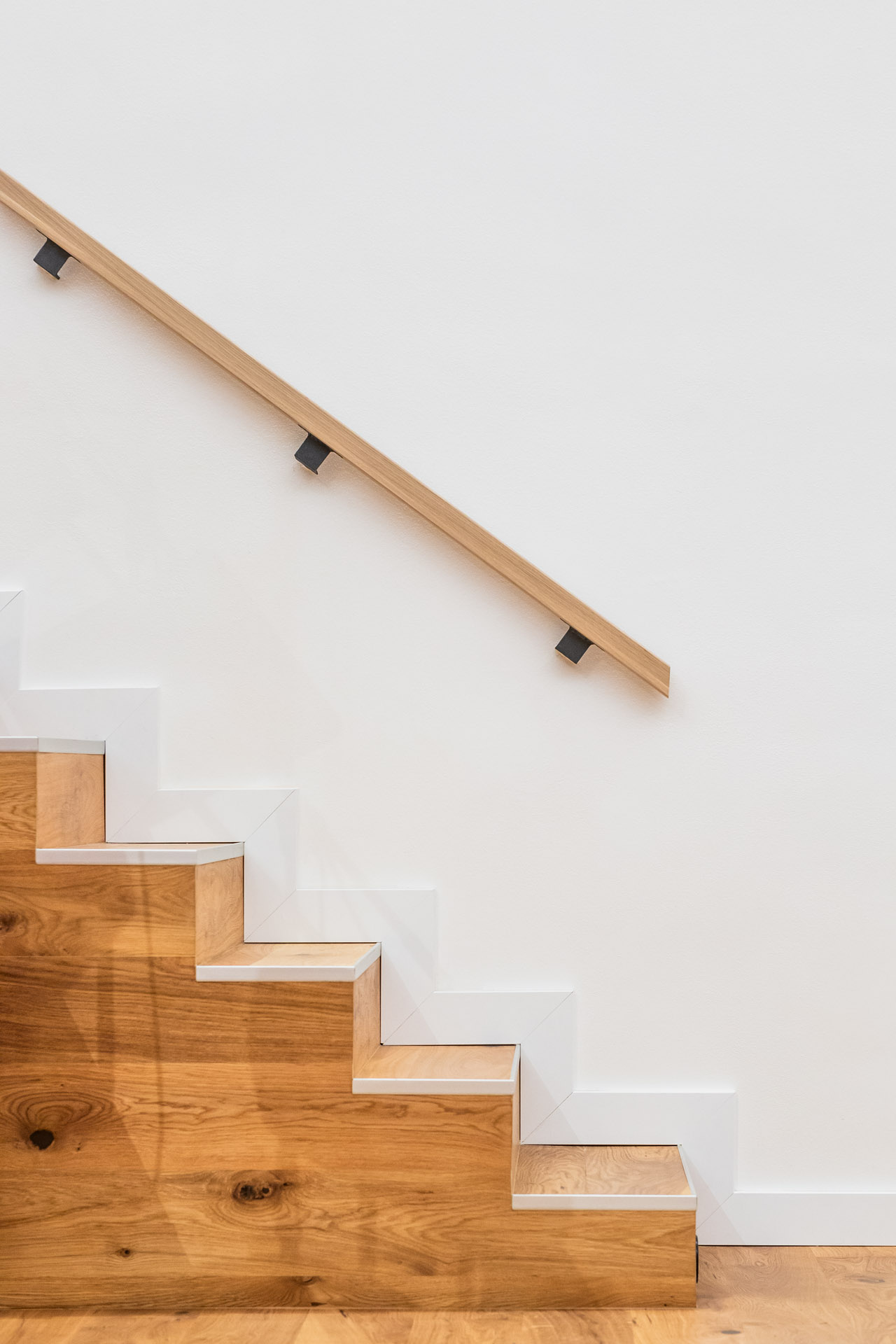 The main idea behind the reconstruction of the Philharmonie was to return the building, which was originally designed as a church, to its original shape and simplicity.

To achieve simplicity, the original existing acoustic ceiling, heavy balcony and side balcony were replaced with minimalist elements that emphasize the original design of the church hall. The expression of the hall space is now defined by simple lines and a limited range of materials and colours – wood, black and white. The austere lines are complemented by light acoustic canopies suspended from the ceiling. The original circular window of the church looks better in the simple space and completes the atmosphere of the interior.

The balcony is a wooden symmetrical element that is added to the space with an uncomplicated and clean shape. The new balcony allowed for a more spacious entrance to the hall. The side balcony has been replaced with a simple opening that can be used for special occasions.

For acoustics, oval-shaped panels are suspended from the ceiling at different inclinations and positions to maintain the feeling and transparency of the vaulted ceiling. Acoustic wood panelling is designed on the back wall to reflect the verticality of the organ.

The new interior elements added are wood, the original shape of the hall and acoustic panels under the ceiling are white, and the wall surface is modeled only by the cast shadows of the acoustic panels.

All recessed recesses, such as doors and windows, are painted black to show off the main lines of the concert hall.