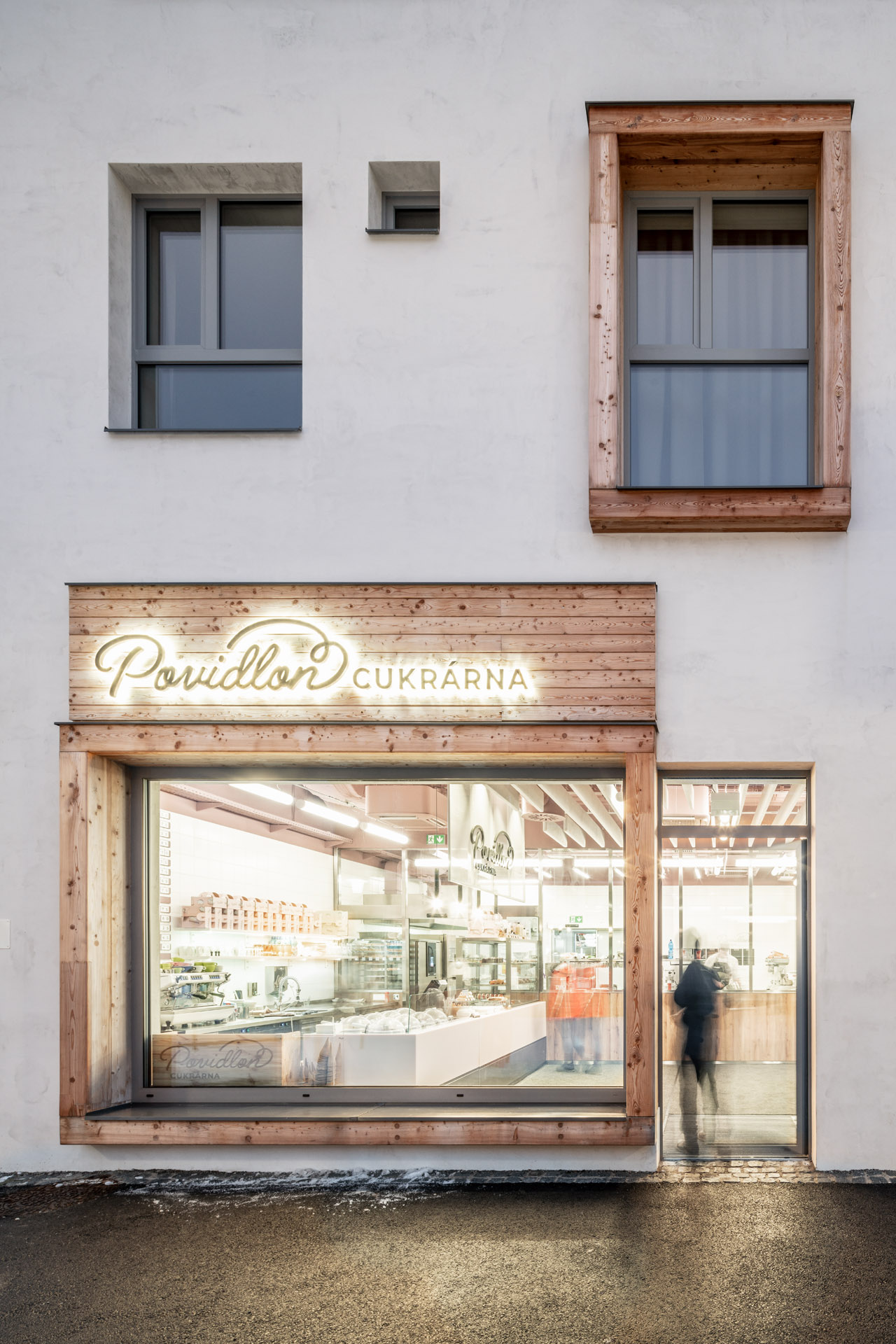 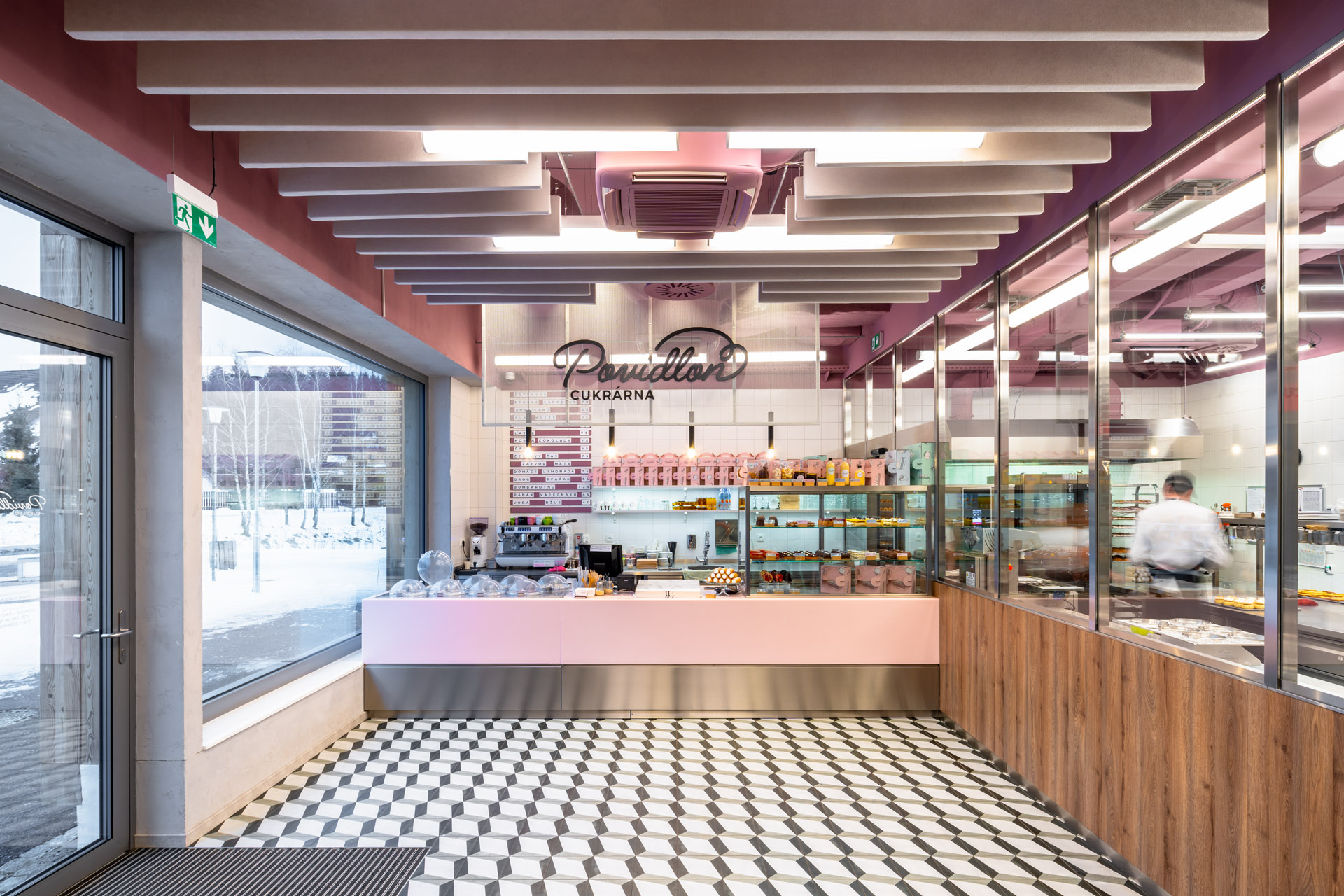 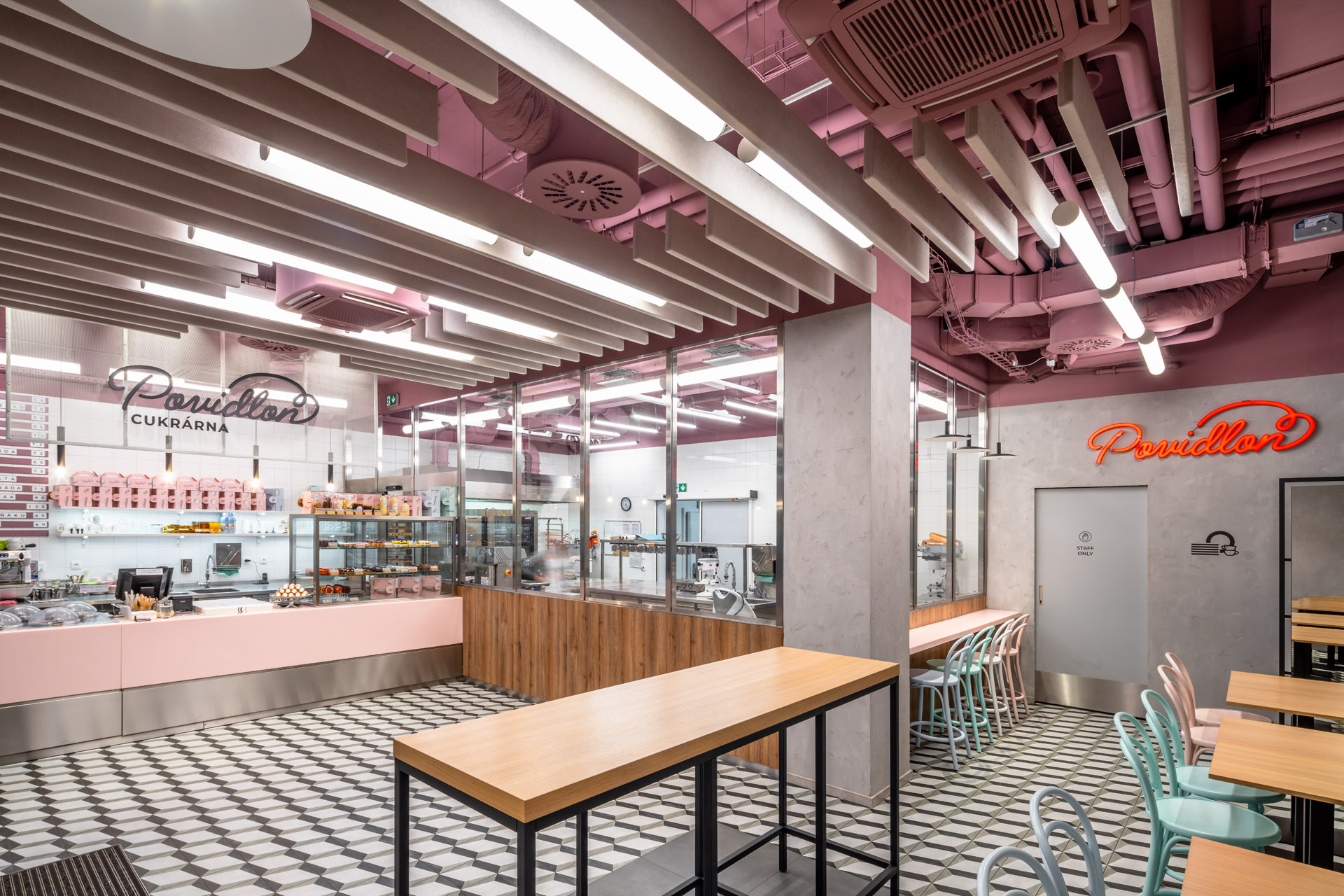 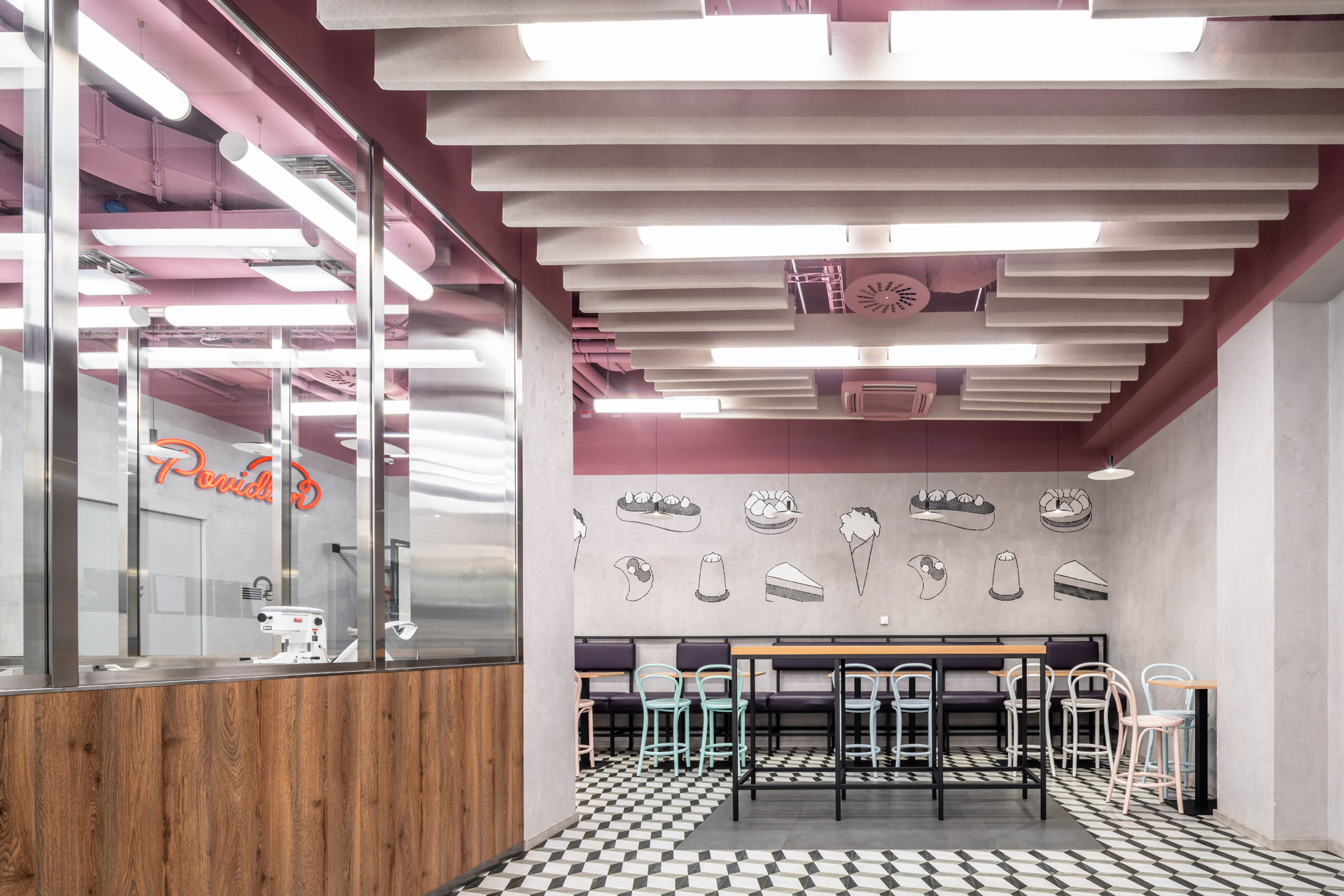 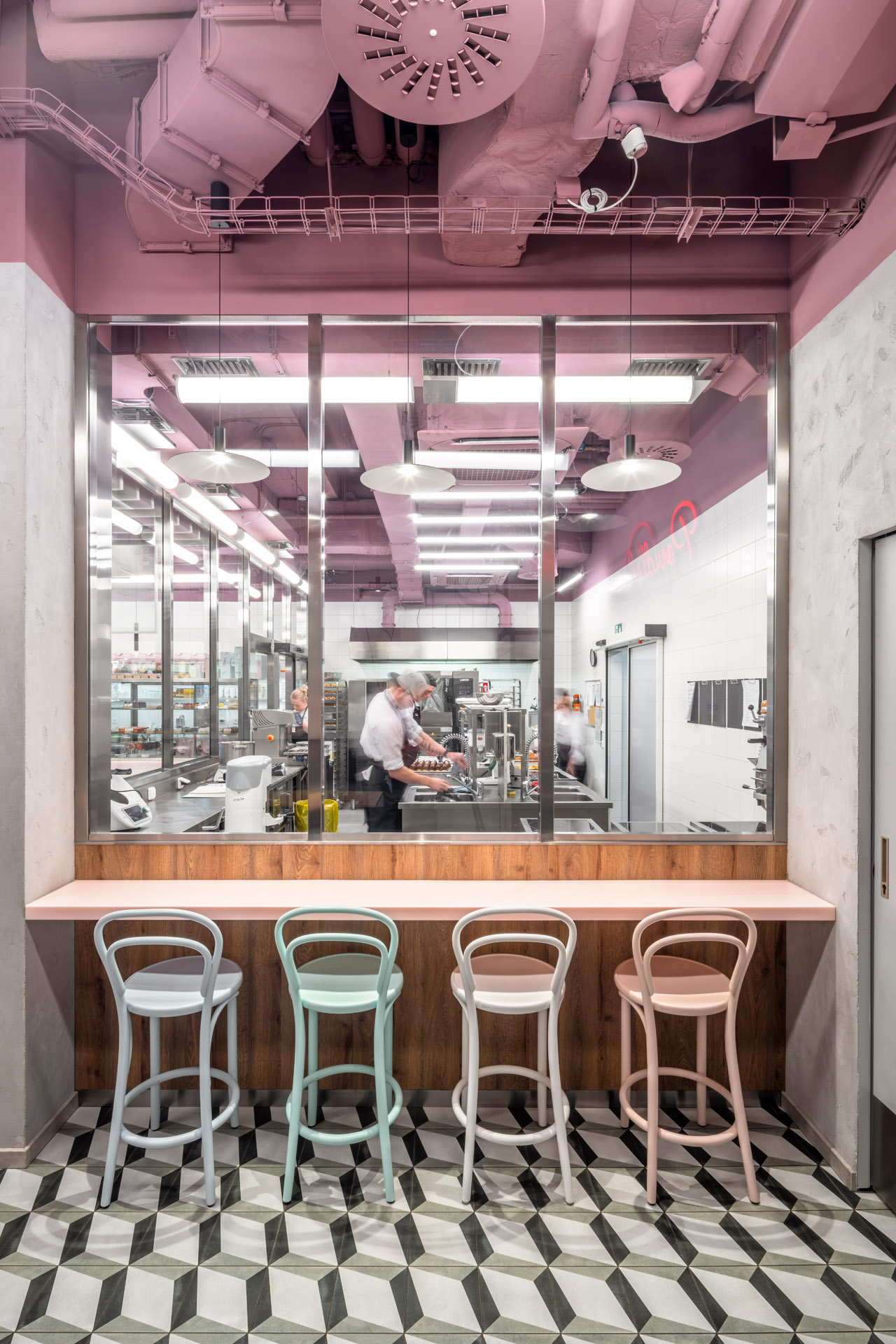 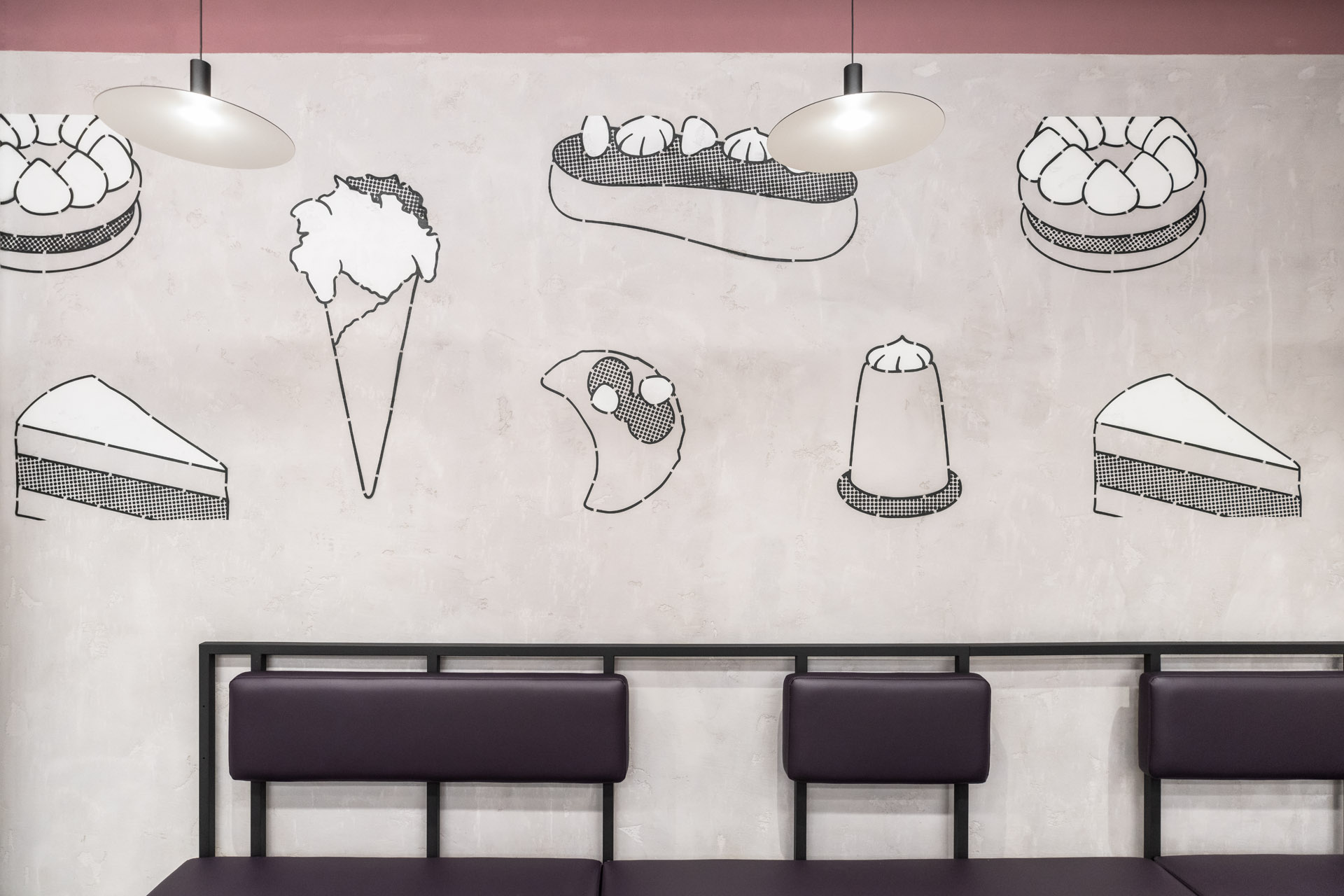 The Šumava Patisserie is named after a traditional local dessert, which is prepared according to a modern recipe. The brand design, which was designed by the Bechyňský graphic and design studio, is also based on this concept.

The brand’s identity is built on a combination of the traditional and the innovative, combining the usual and established visuality of a patisserie with a fresh, youthful and modern approach. The soft pastel tones traditionally associated with patisseries are combined with a black modern logo and slightly pop art illustrations.

The soft pastel tones, combined playfully with modern pop art illustrations, were also the starting point for the rewrite of the graphic concept into the interior.

The main elements of the confectionery furnishings are welded black metal jack elements. Complemented by white tahoc and acoustic slats, they form a contrast to the pastel colours of the boxes, wrapping paper and promotional materials displayed behind the confectionery counter. Ton’s traditionally shaped chairs in pastel shades reflect the pastry shop’s trademark colour scheme, while retro tiles complete the atmosphere of contrast.

The ceiling of the space is open with visible technology wiring. Their spray-painted pink hue lightens the interior’s hard lines. The graphic design by Studio Bechyňský is also used in the illustrations on the wall of the confectionery.

We are pleased to have been able to bring to life the modern and confident identity of the new successful authentic patisserie designed by Studio Bechyňský.