In recent weeks, our project for the reconstruction of the South Bohemian Philharmonic has been vastly presented in the media. Where there was prayer, now music reigns supreme. Since 1988, the South Bohemian Philharmonic has been based in the former St. Anne’s Church in České Budějovice. But the concert hall needed a makeover, the acoustics were poor and the air-conditioning insufficient. The aim of the reconstruction was to return the hall to its original shape, simplicity and cleanliness.

The temple of music

The main idea of the reconstruction was to return the hall, which was designed as a church, to its original shape and simplicity. The old acoustic ceiling, the heavy hanging gallery and the side balcony were replaced by minimalist elements that sensitively emphasise the original design of the church hall.

The expression of the space is now defined by simple lines and a limited range of materials and colours – wood and then black and white. The most striking feature of the interior are the light white acoustic canopies suspended from the ceiling. The sight of the acoustic clouds evokes the heavens.

It was the acoustics that were previously unsatisfactory, but now the sound reflects correctly in multiple directions. The inadequate ventilation system has also been renovated. The acoustic wood panelling on the back wall of the hall, which reflects the verticality of the organ, is also a major new feature. The current capacity of the hall is 172 full and comfortable seats.

“We wanted to bring back the shape of the original church and let it shine through in every possible detail. The whole hall suddenly breathes more. You can even finally see the vault that clearly defines the church space. We emphasised the return of symmetry and uncomplicated clean shapes, colours and materials. We have therefore removed some of the insensitive earlier interventions, such as the false ceiling or the poor division of space,” says architect Stanislava Blažková of the A8000 studio.

The newly added interior elements are made of wood, the original shape of the hall and the acoustic panels under the ceiling are white, and the wall surface is modelled only by the cast shadows of the acoustic panels. All doors and windows are painted black to show off only the main lines of the concert hall. The austere colour scheme and aesthetic humility is thus perfected down to the smallest detail.

The South Bohemian Philharmonic Orchestra was founded in České Budějovice in 1981 under the name of the South Bohemian State Orchestra. It currently has 38 members and remains the only professional philharmonic orchestra in the South Bohemia region. Its home venue has been the former Roman Catholic Church of St. Anne dating from 1620. In 1988 the church was insensitively converted into the Otakar Jeremias Concert Hall. 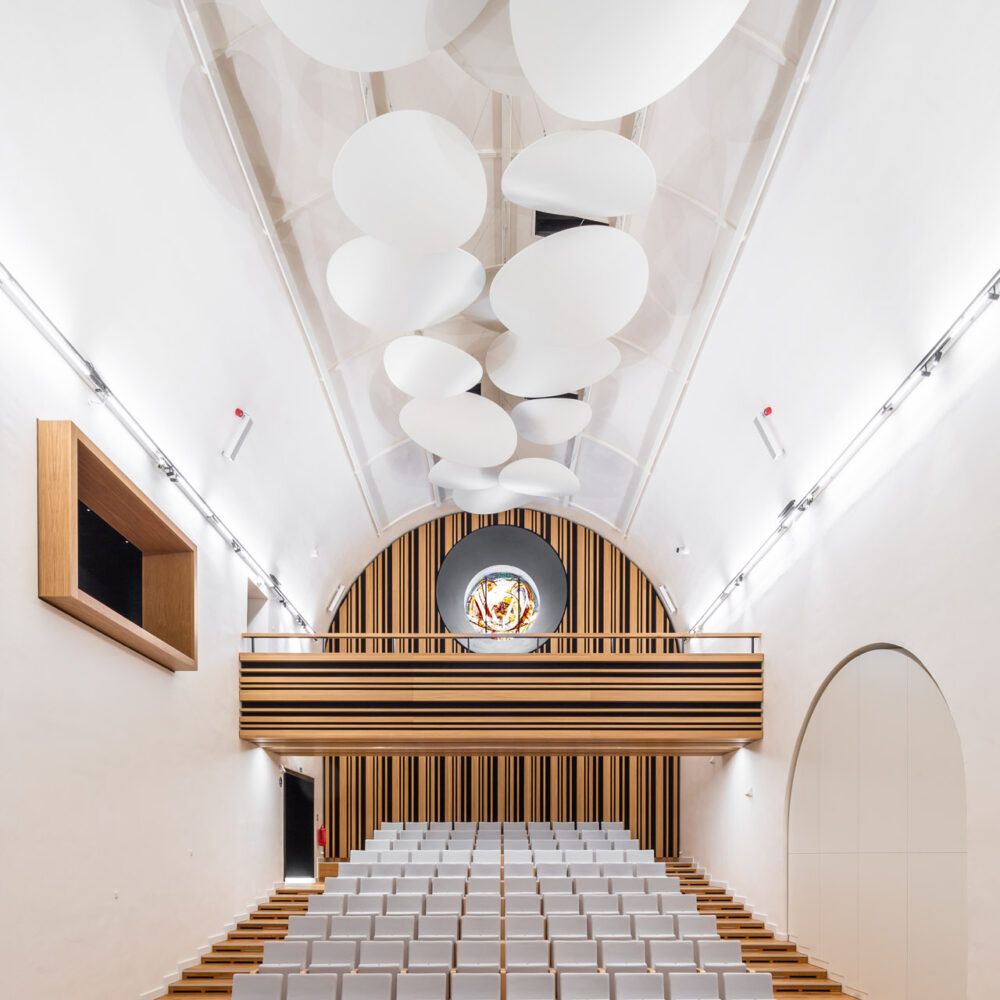 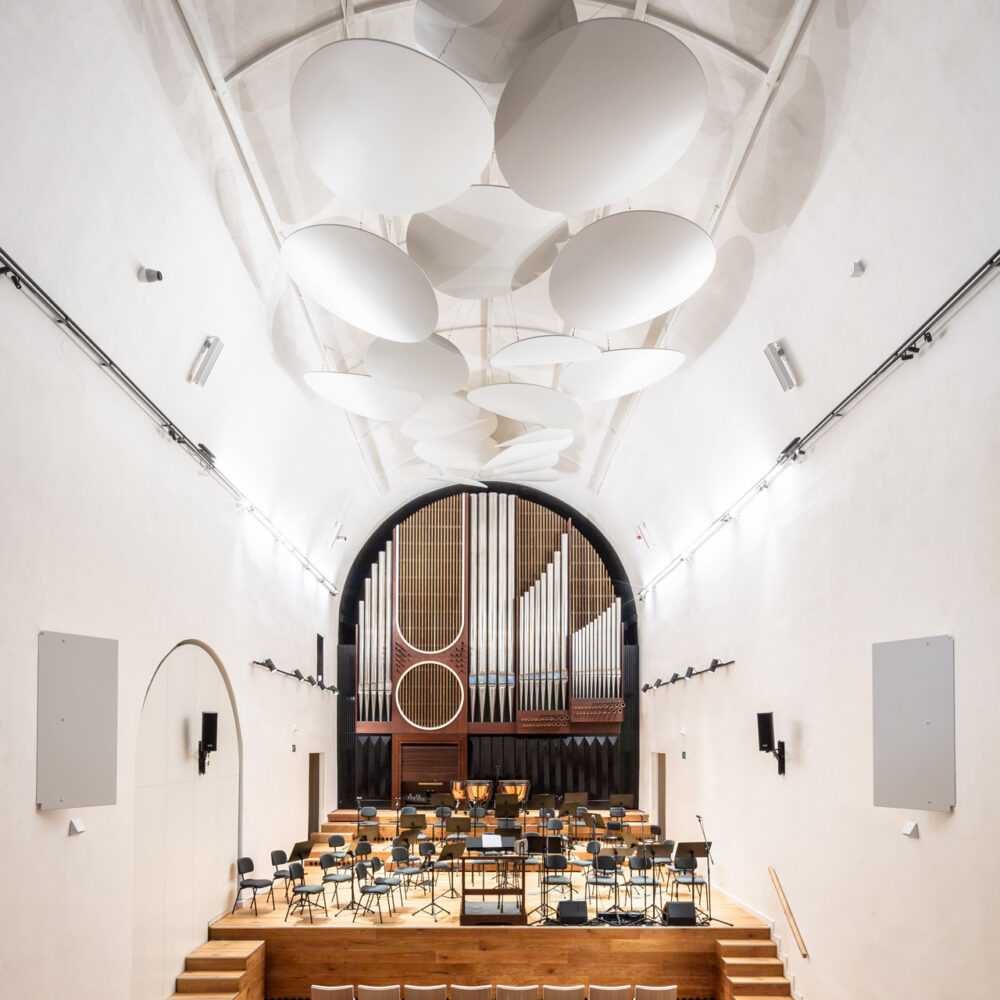 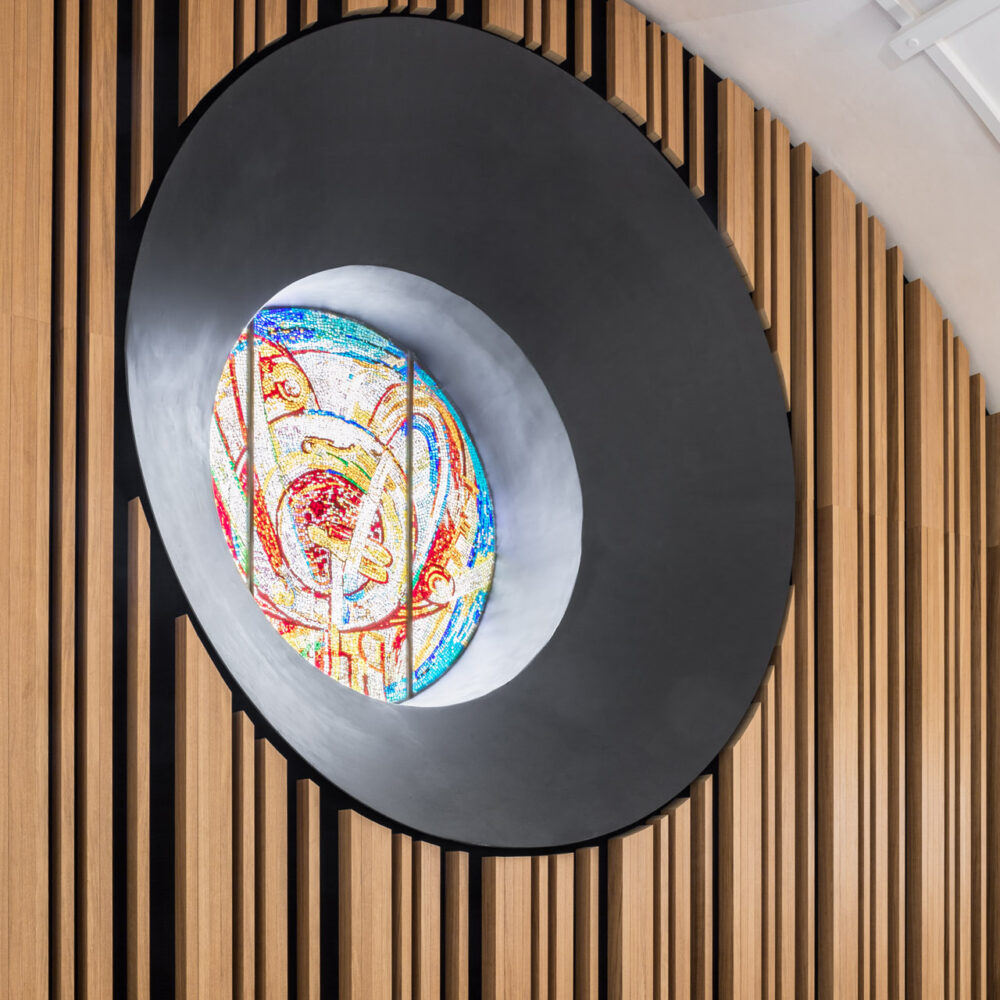 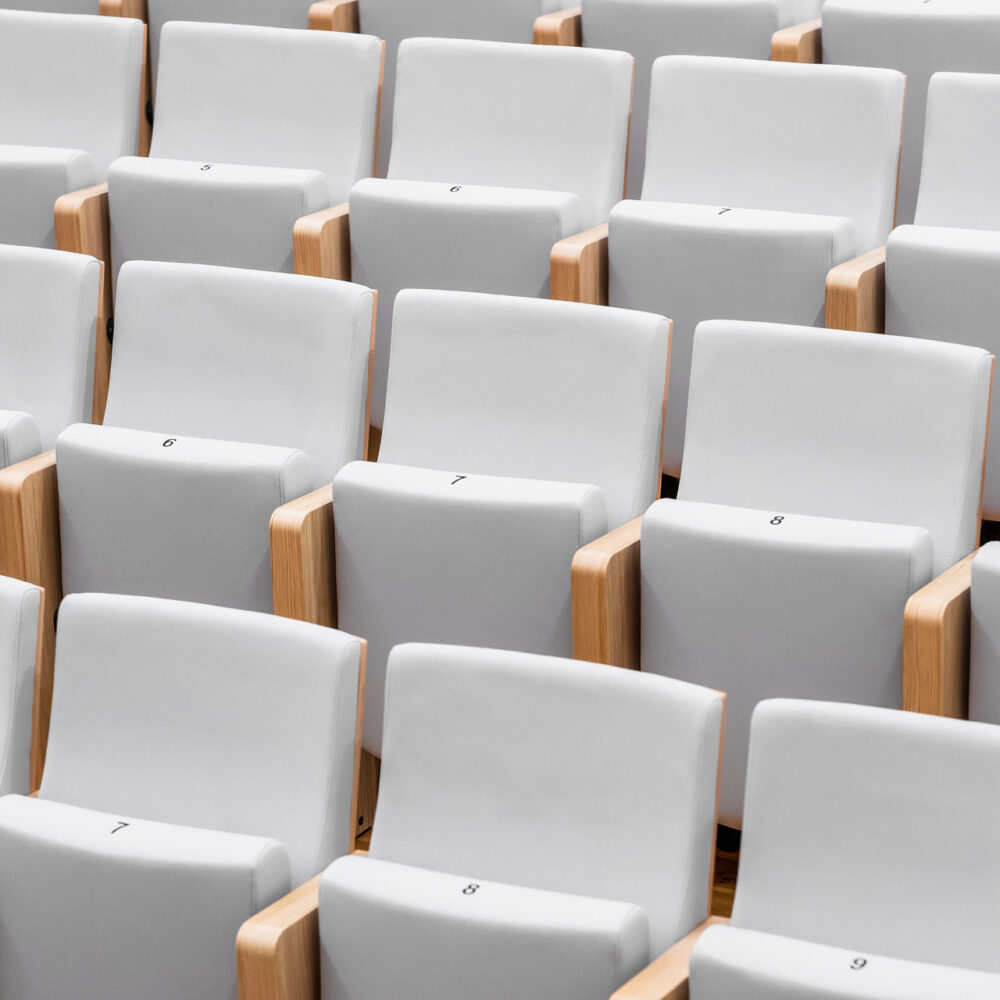 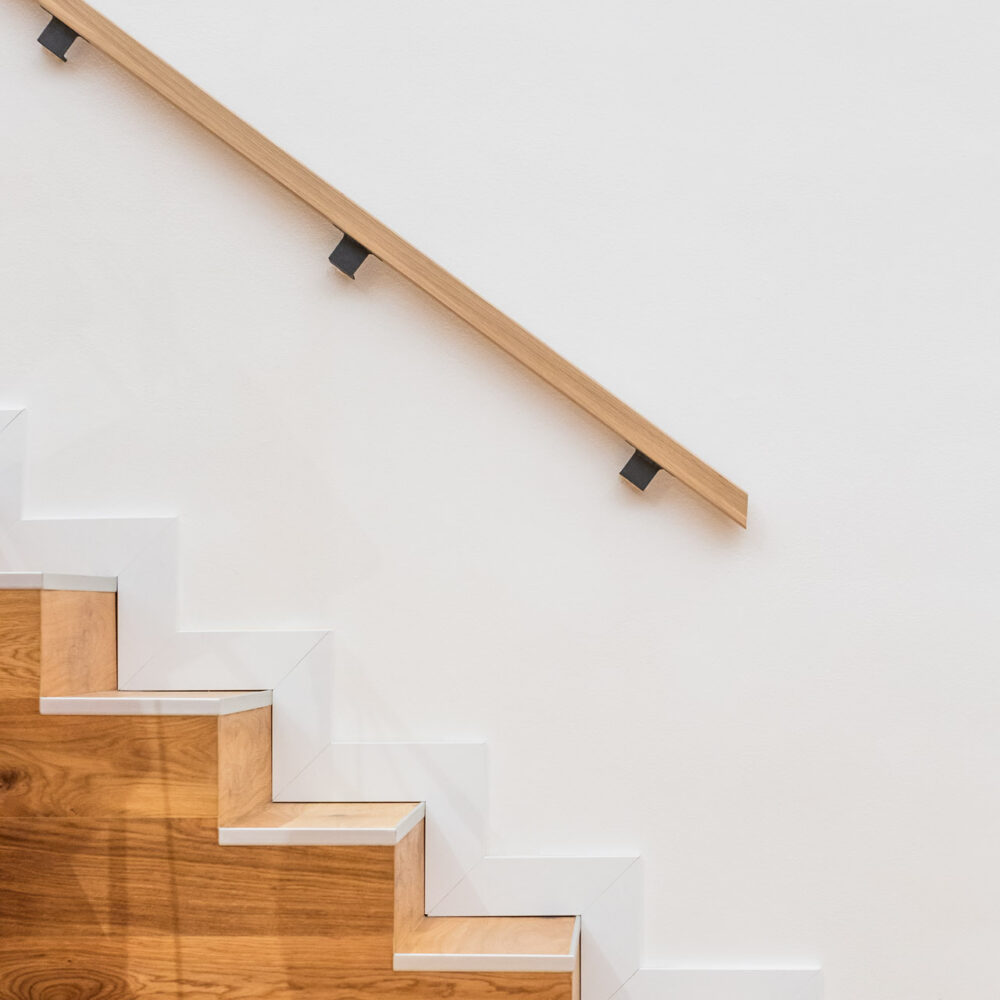