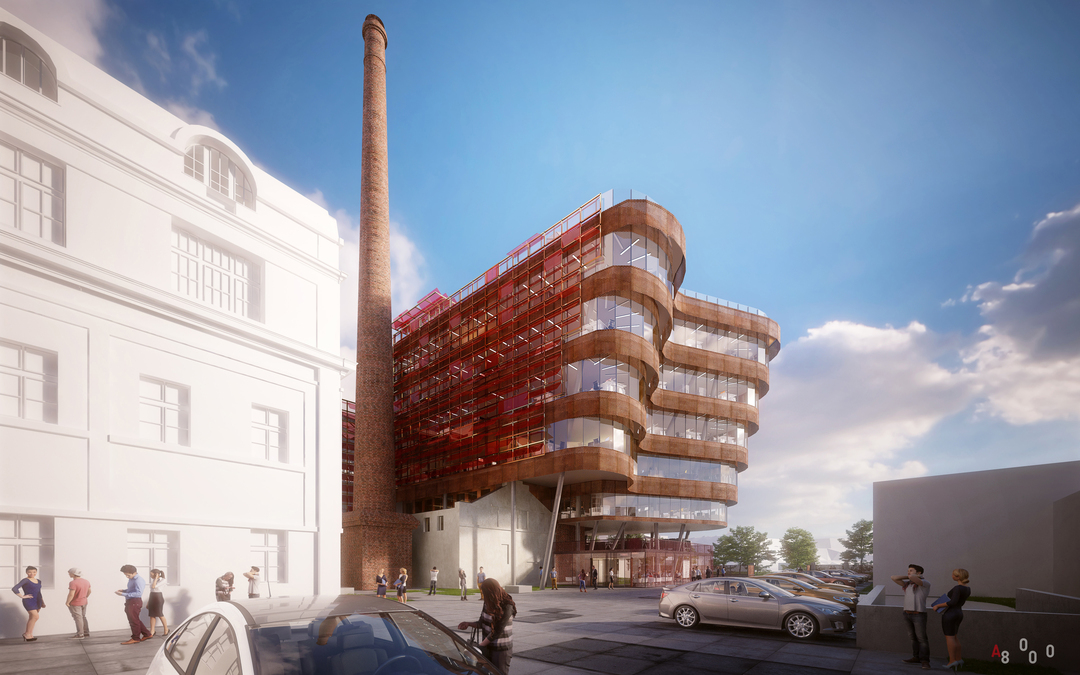 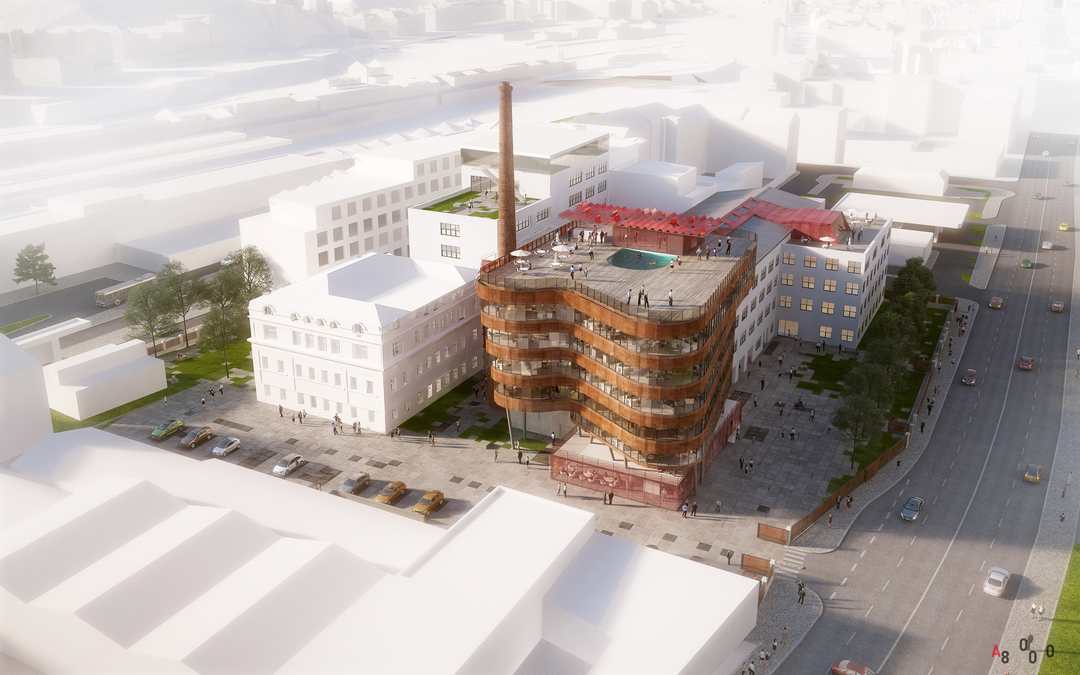 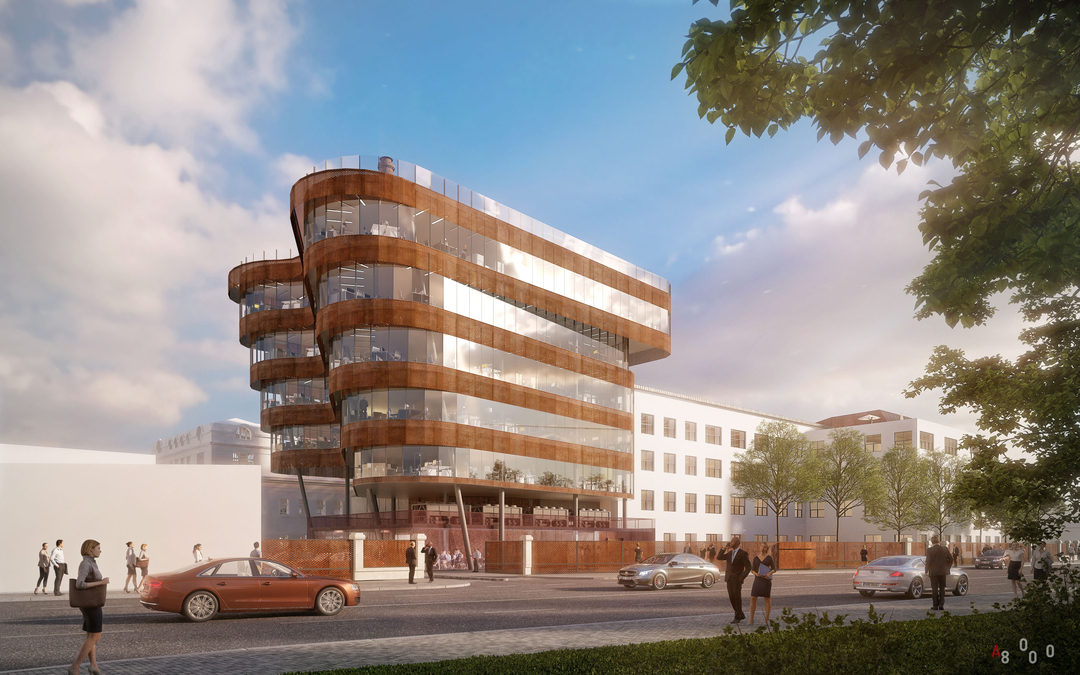 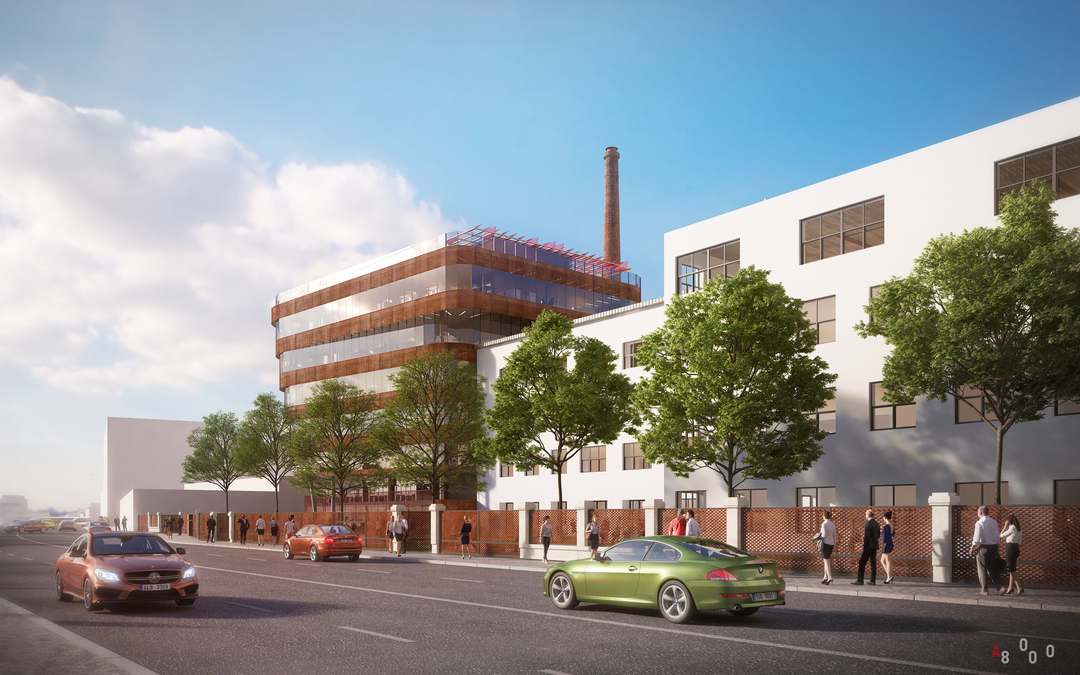 The compound responds to the continual transformation of the Smichov Borough from an industrial quarter at the turn of the 19th and 20th centuries to a modern urban neighbourhood mostly used for housing, offices and trade. The designed volumes complete the transformation of an abandoned block

The dairy underwent many renovations and additions. The intent is to unite the complex, to give it a homogeneous appearance; to restore its industrial image. That is dealt with by removing additions depreciating the looks of this place. By unifying the facade colours. Replacing plastic windows from the 1990s by better aluminium ones with industrial appearance. The designed volumes can clearly be distinguished from the existing ones.

The design adds four new shapes into the complex:

1. The corner villa was used as a water reservoir in the past. The amorphous form called a completely wrap it and incorporate the united spaces of the old house into the modern office building. The orientation of the organic mass will cut an organic curve rectangularly away towards the internal courtyard. It will help to interlink the new buildings with the old development and support the dominant character of the stack.

2.Another added value is located above the building A. The dynamic shape smoothly

3. A single pitch roof from the 1990s separates the internal yard blond the stack. It rises from the ground next to the building D up above the building ground floor. cube designed here interconnects the opposite buildings and is used as a circulation core to the entire Business Park.

4.The last volume placed here is a 3-storied underground car park accessed from Strakonicka. It is situated aside from the existing structures at the south side of the site. The entry is via a ramp perpendicular to Strakonicka.

The design does not introduce any high-rise extremes into the area.

It adds park areas to the compound thus increasing the green rate in the neighbourhood.

The design emphasises working with roofscape. Parapets of buildings are not at the same altitude, they are playful.