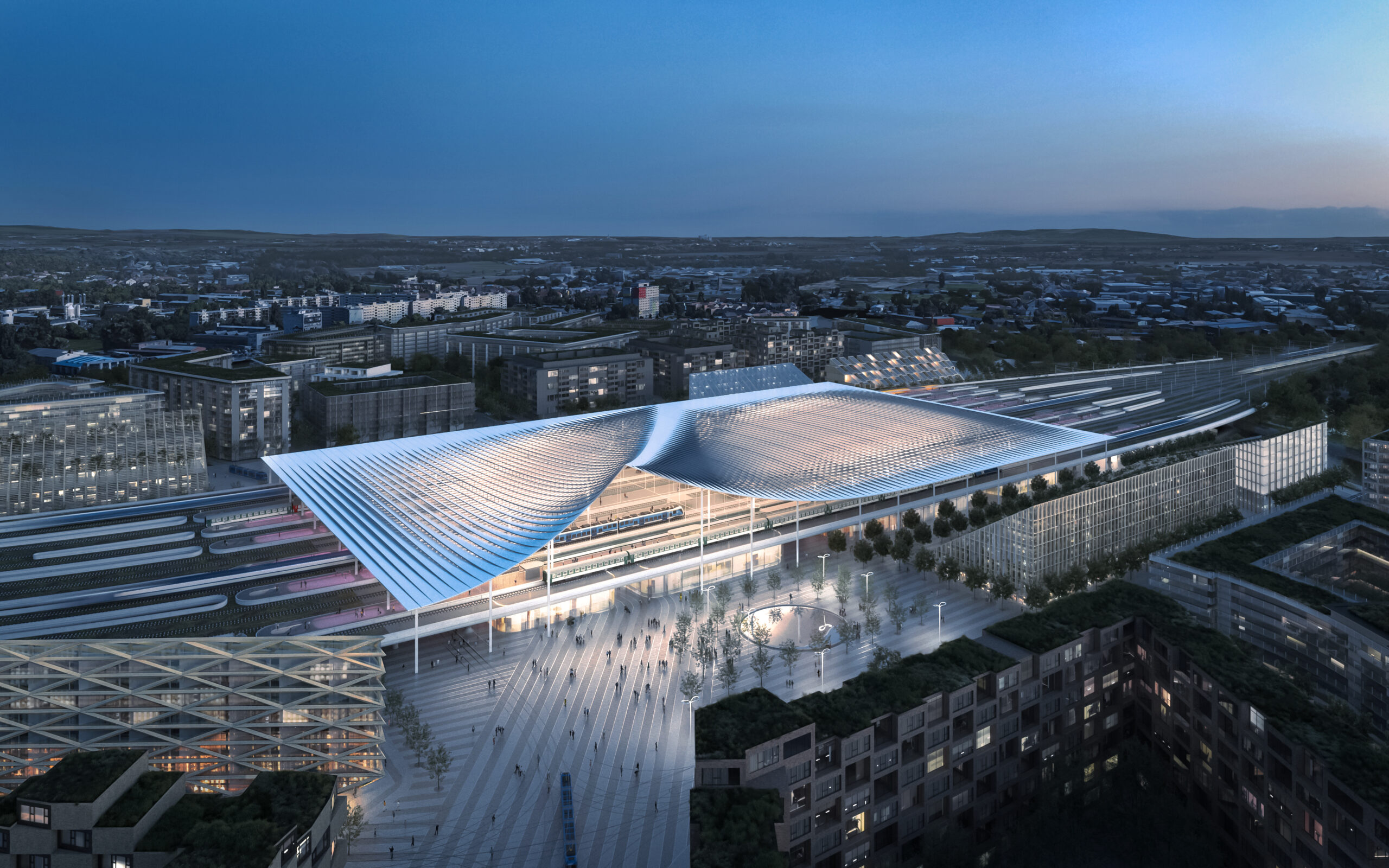 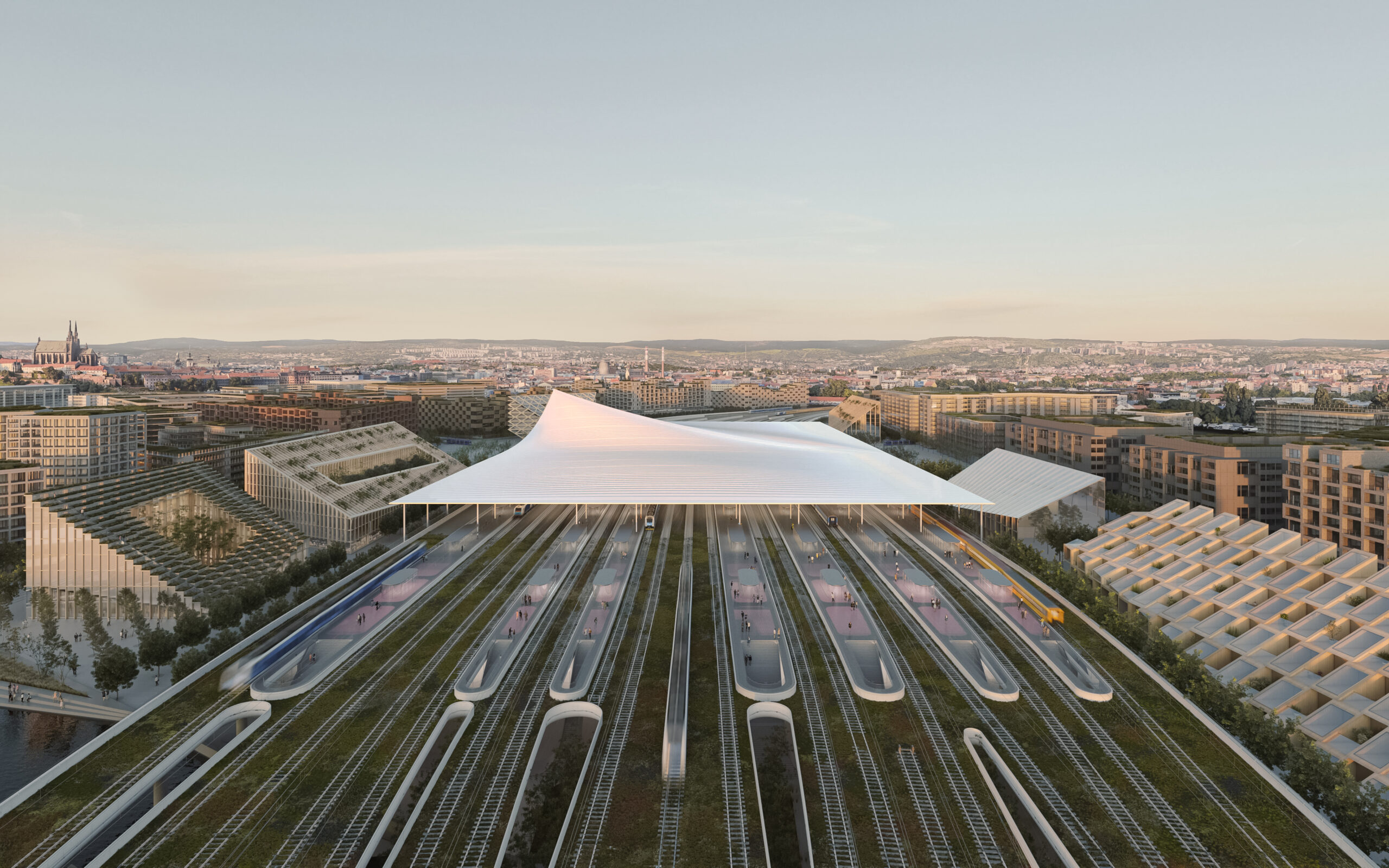 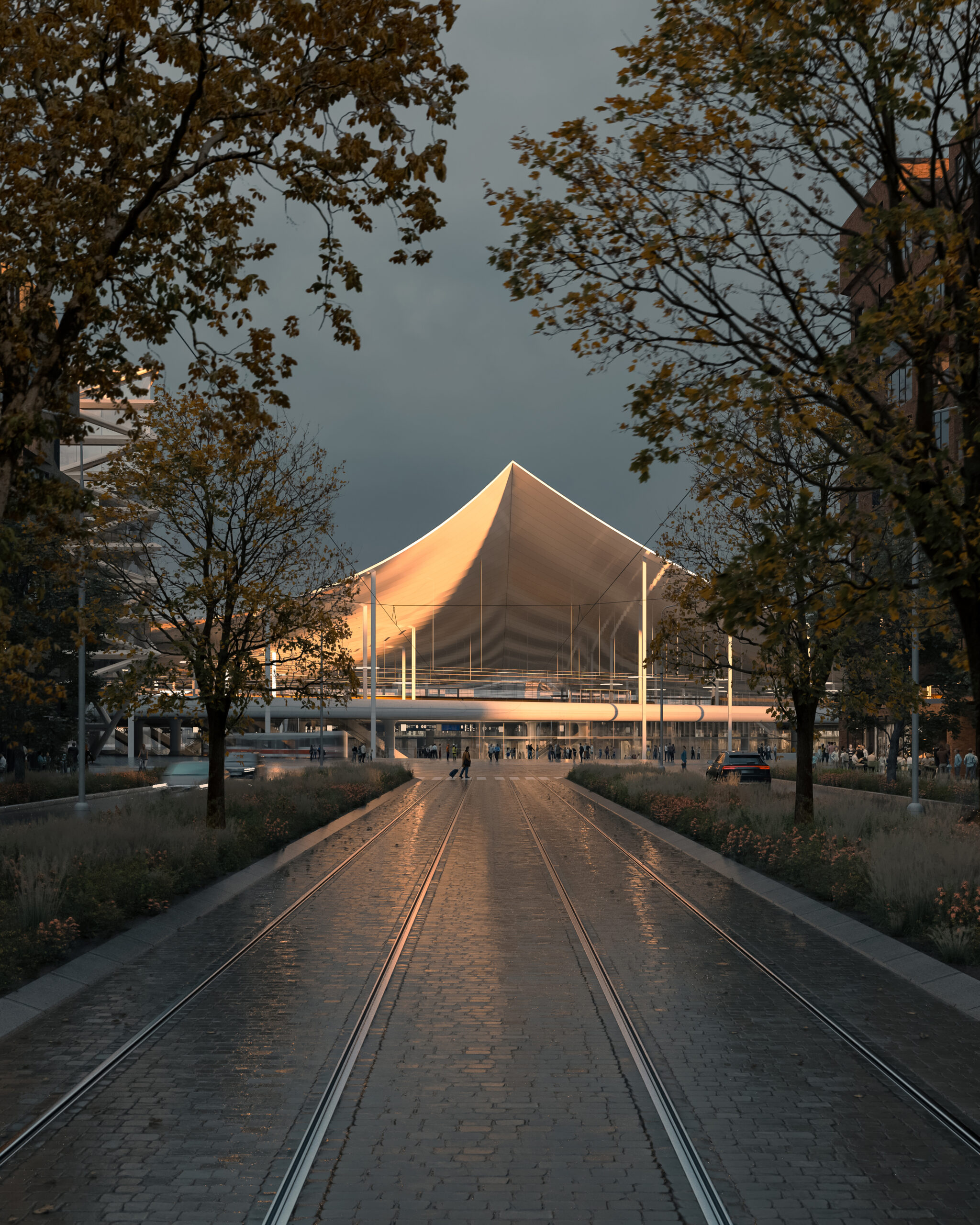 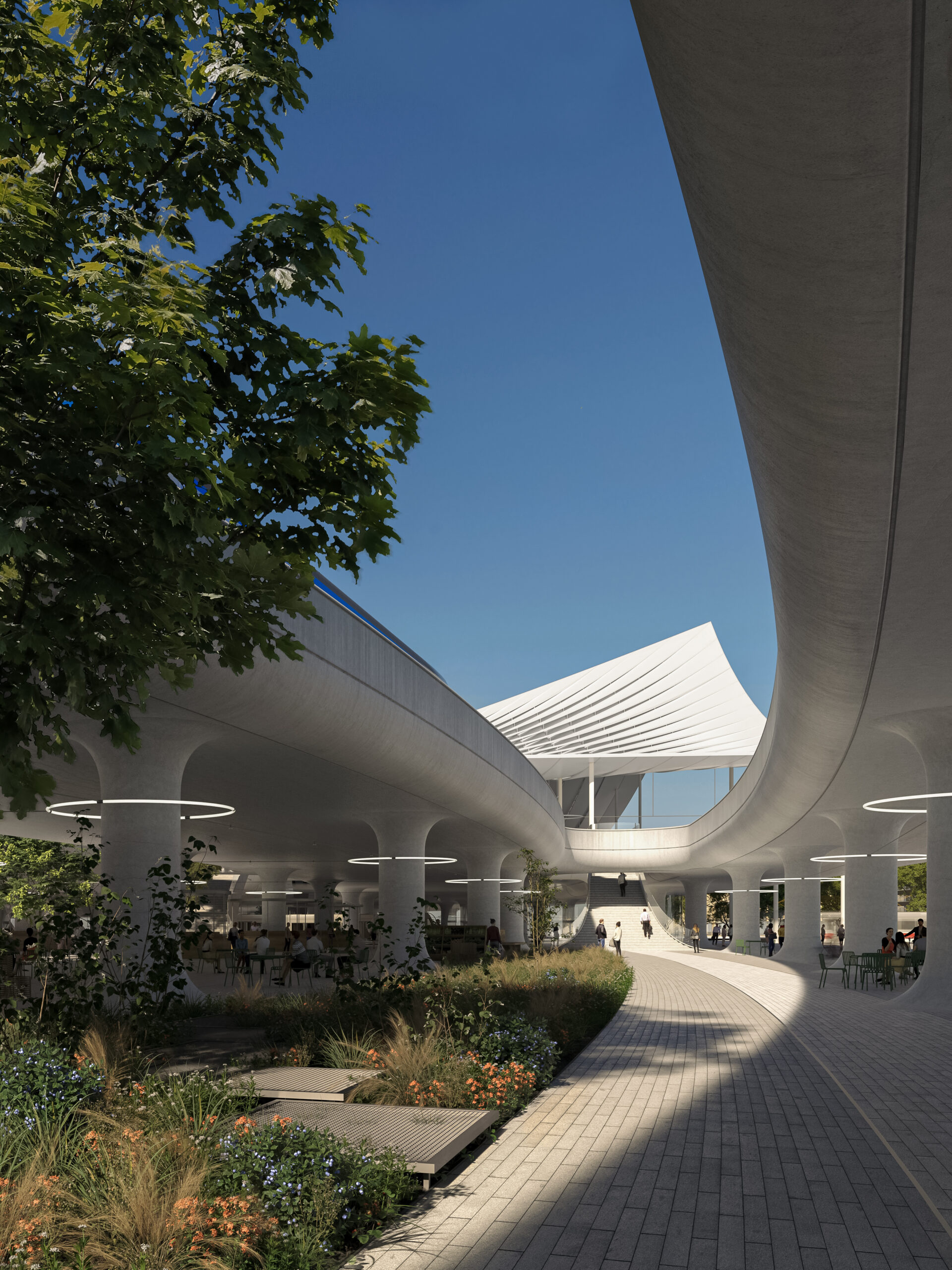 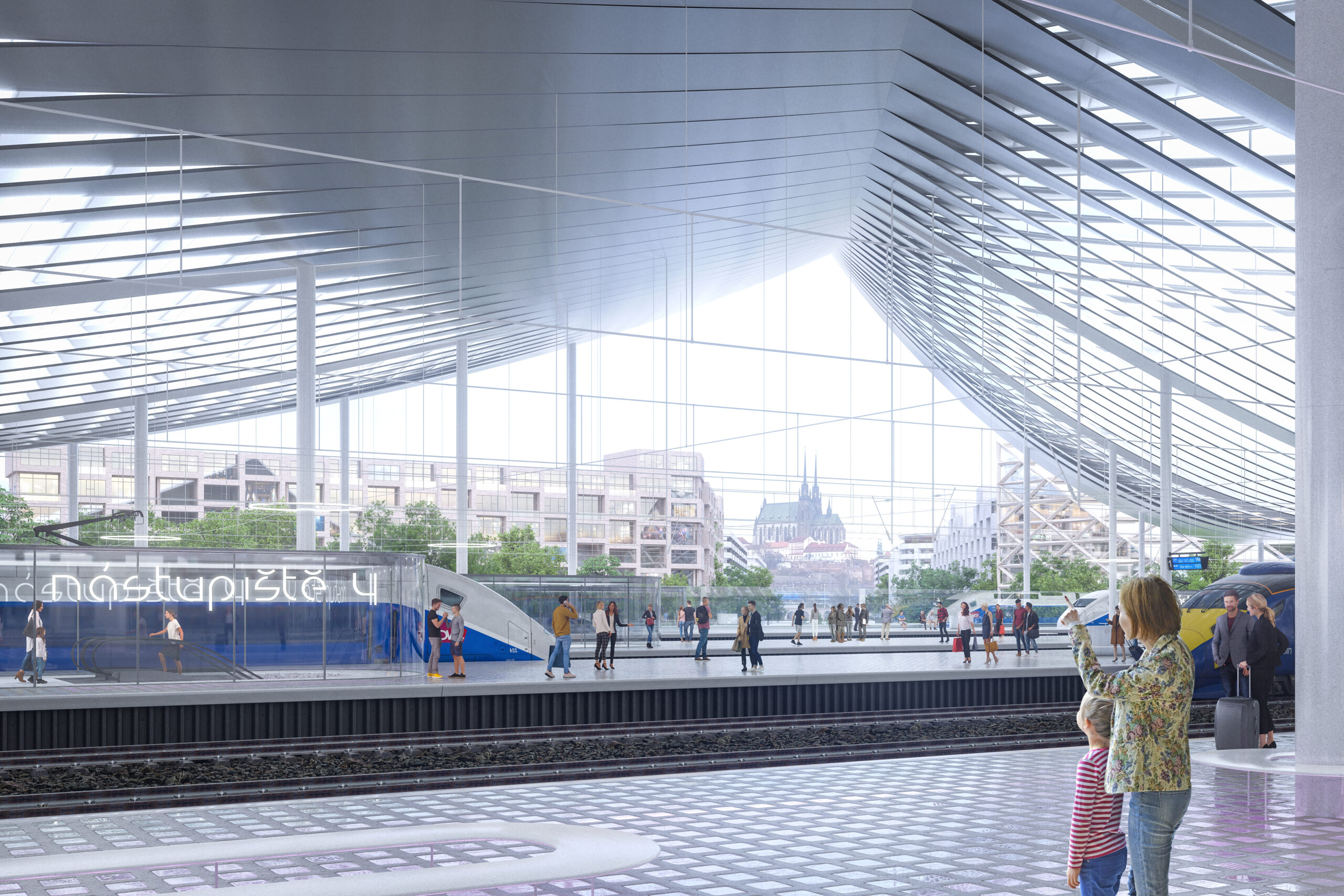 Stations around the world are facing the same problems. They are located in congested parts of cities, squeezed on all sides by competing functions; they routinely create barriers between communities, forcing pedestrian and vehicular traffic through dark, poorly lit tunnels; they are rarely public destinations and therefore do not accurately reflect the demographic and cultural fabric of a given city.

The design seeks to make transport arrangements as simple and efficient as possible, but also to reinterpret the role of infrastructure in shaping urban spaces by glorifying the station ‘underworld’ and creating generous public space. At the same time, the proposal fully integrates the transport hub into the new masterplan of the Trnitá district. Porosity and liveliness are encouraged by bringing in formal and informal programming, introducing active outdoor areas, playfully shaping the terrain and blurring the boundaries between areas designated for transport and public use.

Through the uninterrupted flow of traffic in the neighborhood fabric and the creation of unique public functions as gifts to the community, the Trn provides an appropriate urban response to the city’s southern neighborhoods, while by applying innovative strategies, the station can once again become an integrating gateway, an attraction for the city’s expansion southward, and a major destination for all Brno residents.

The city of Brno