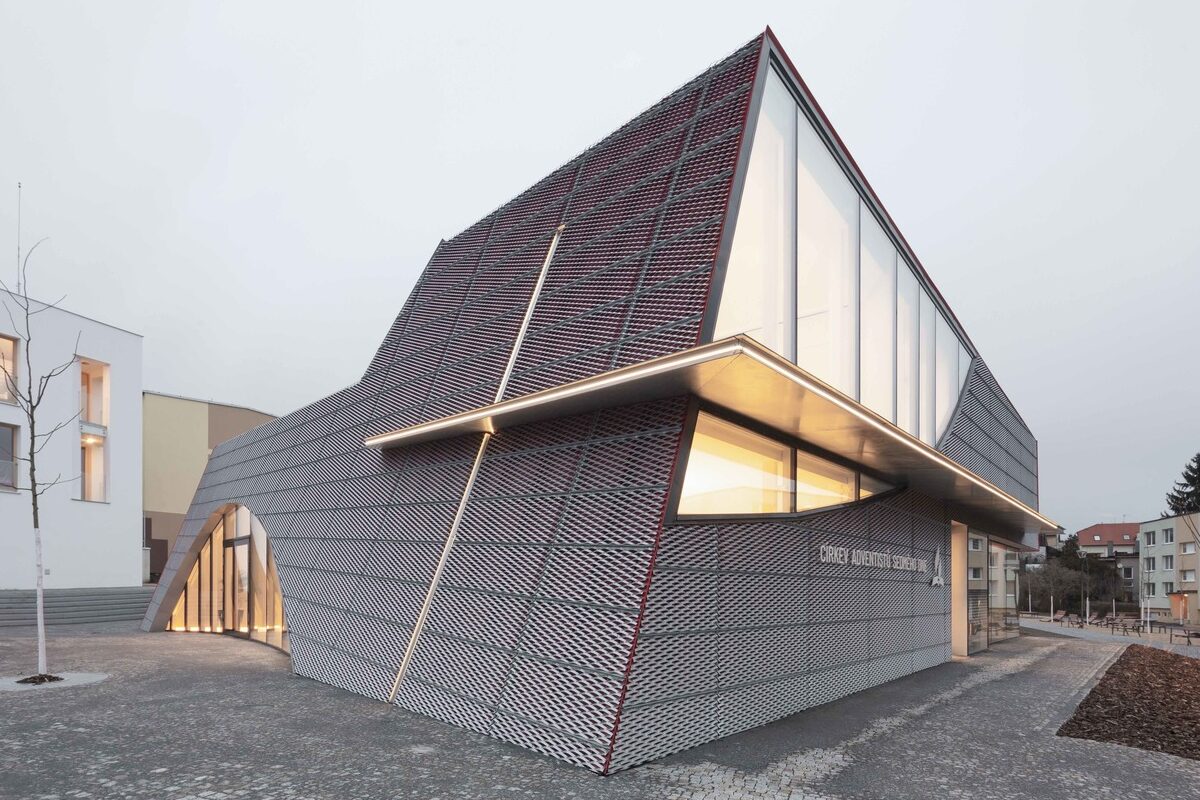 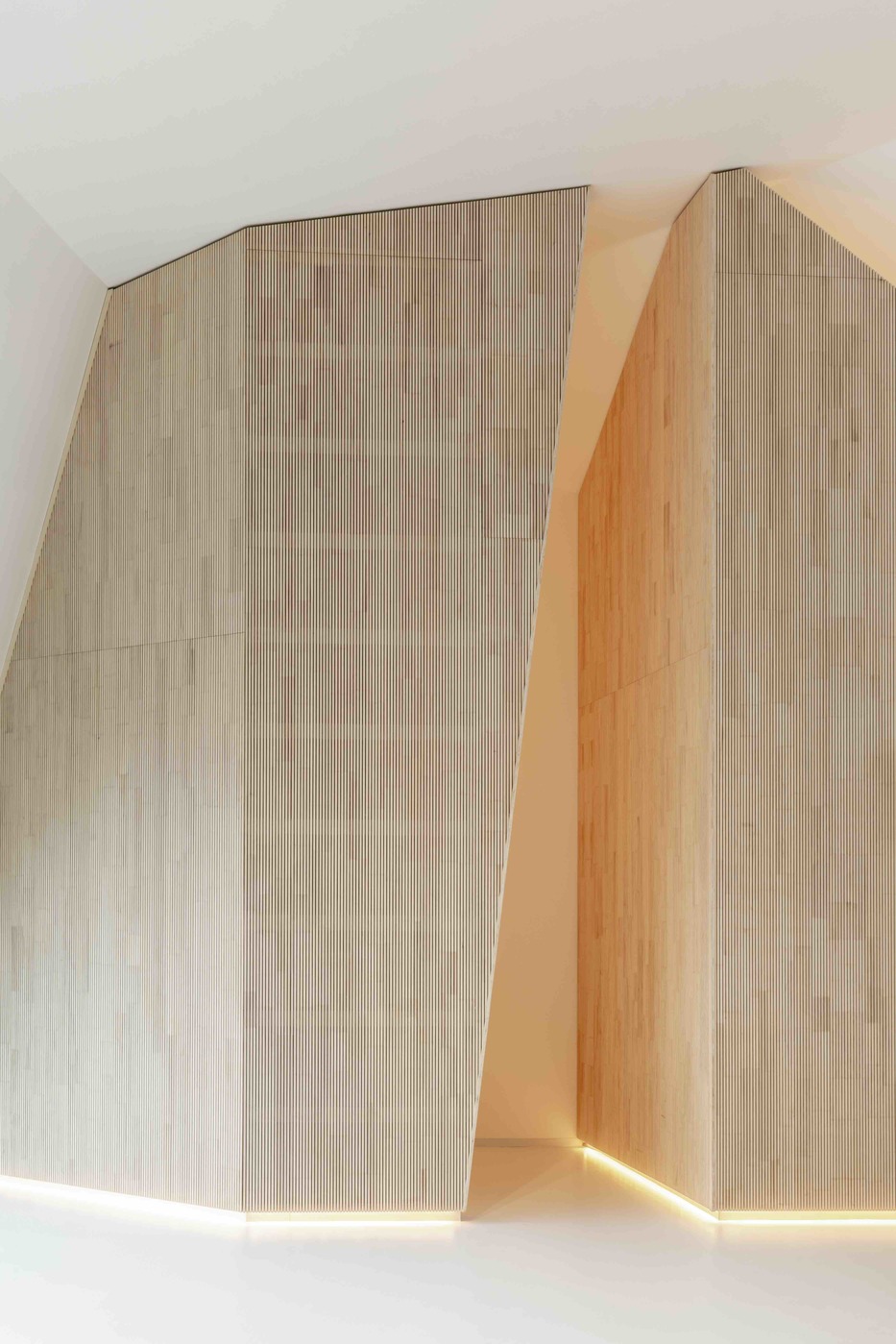 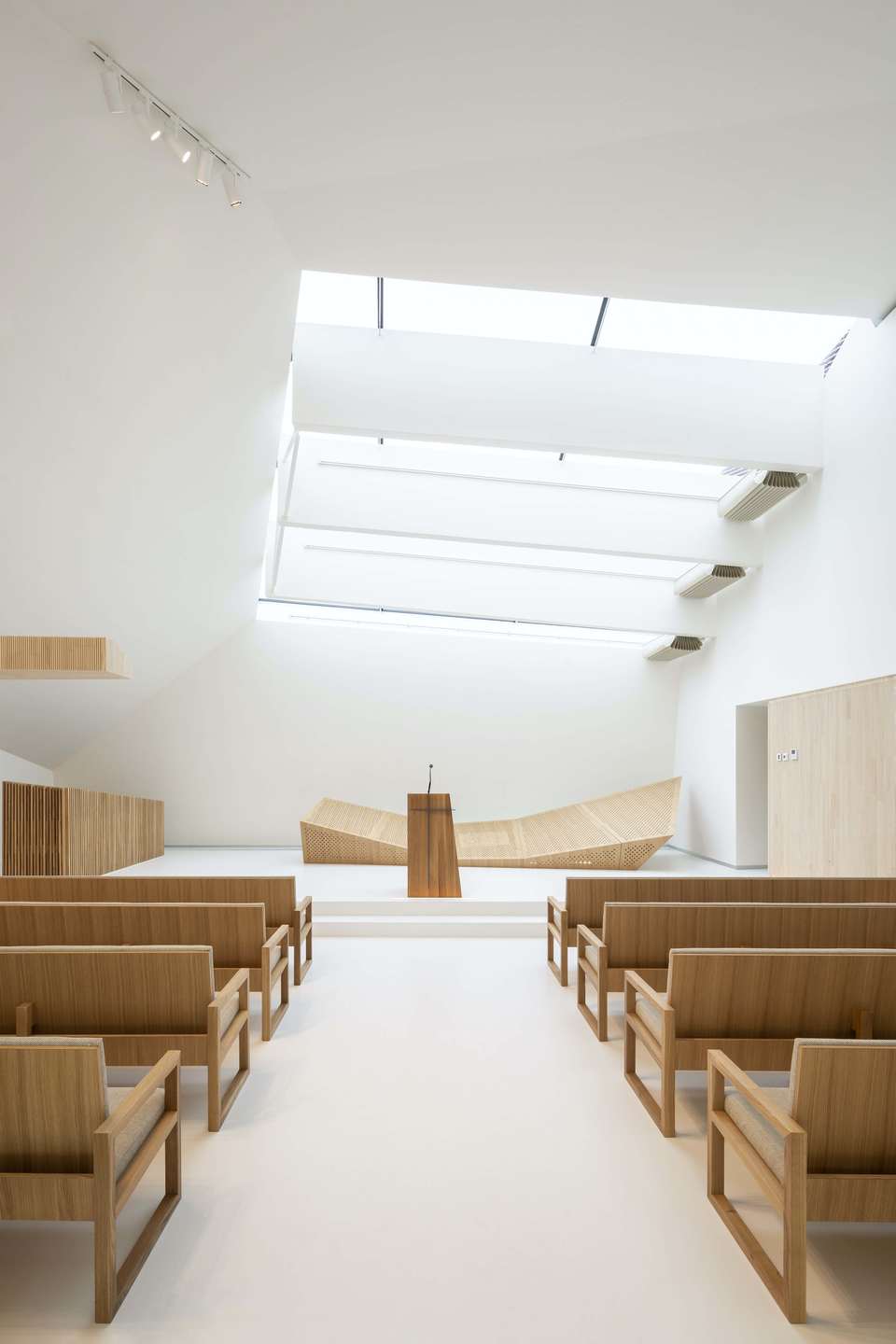 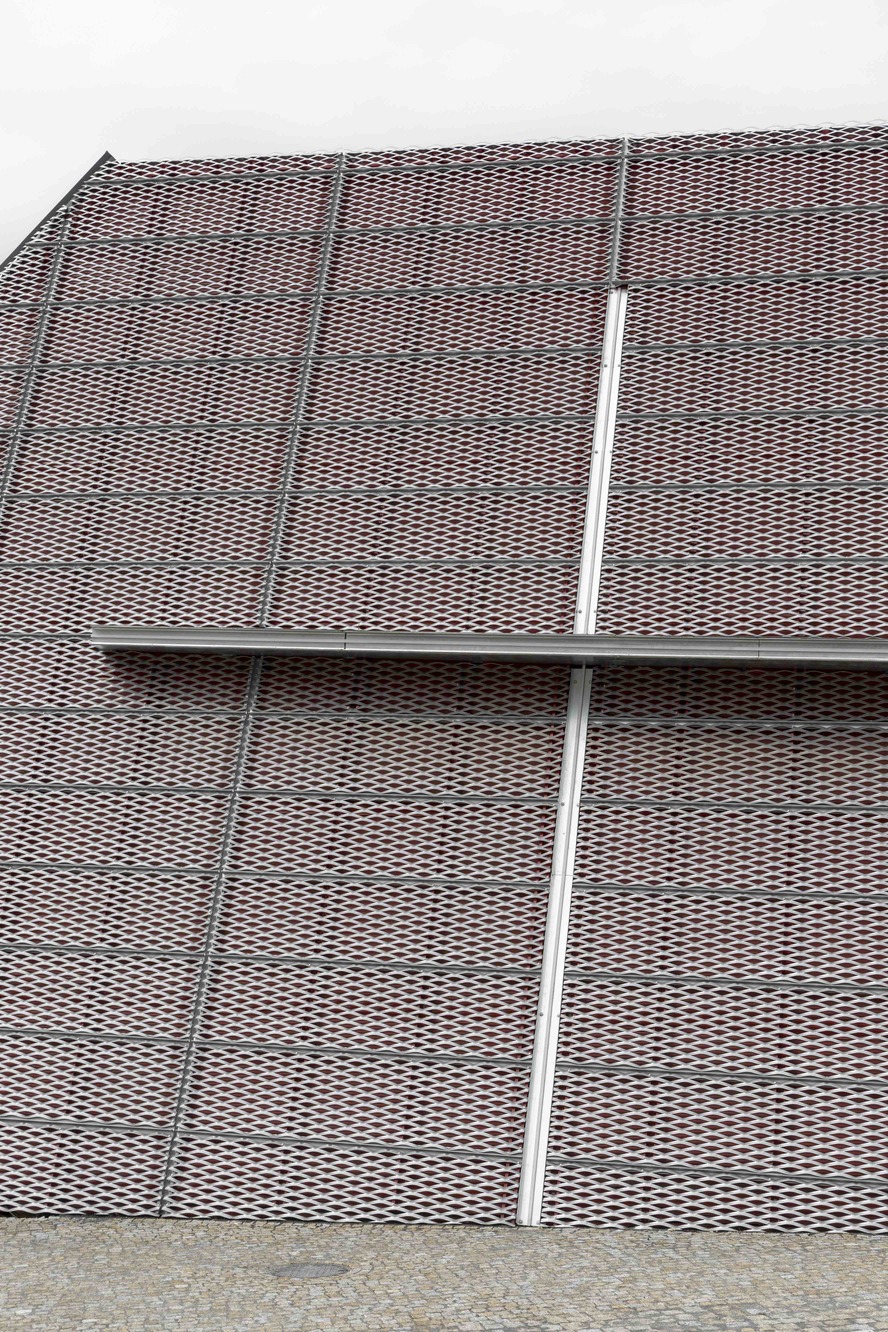 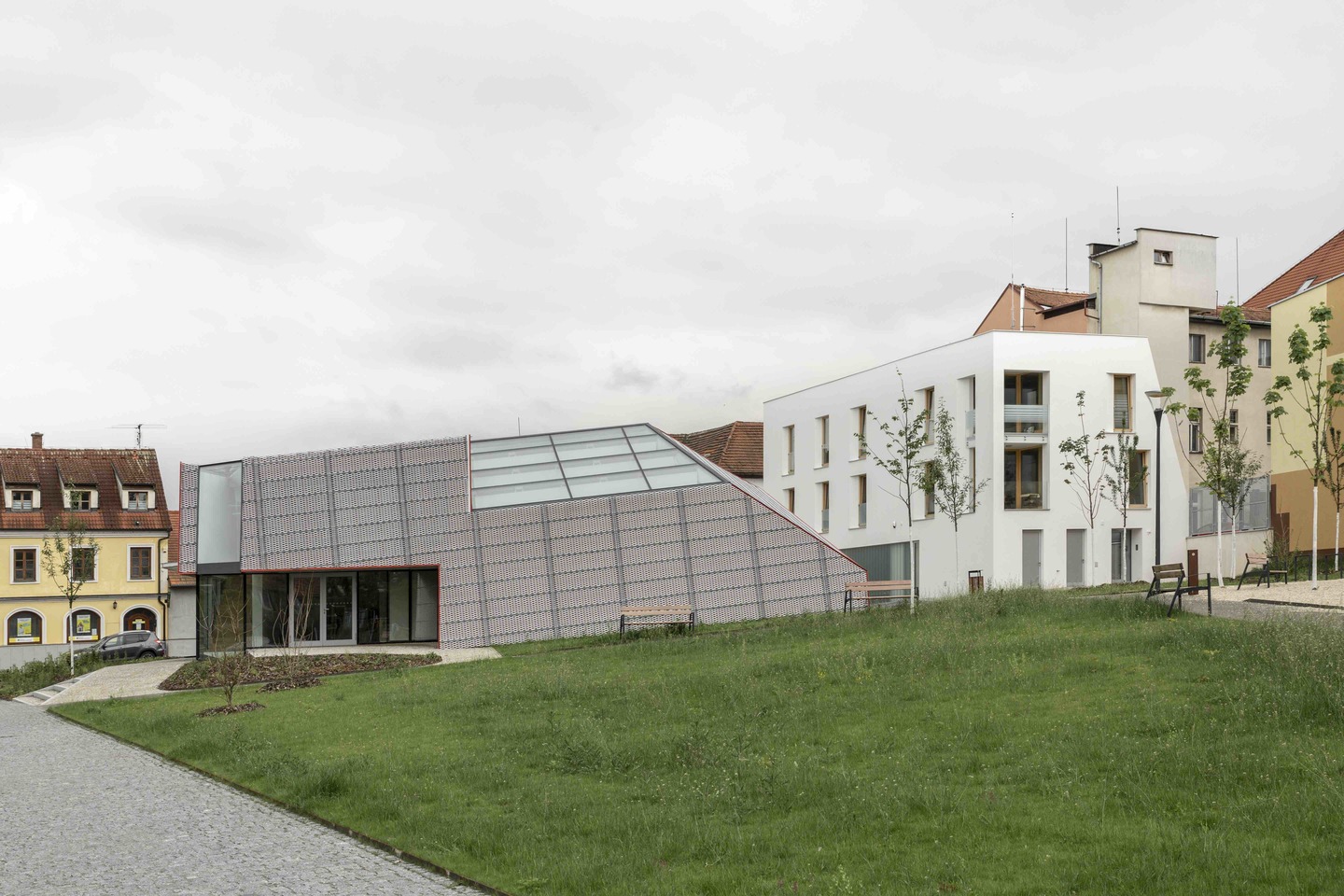 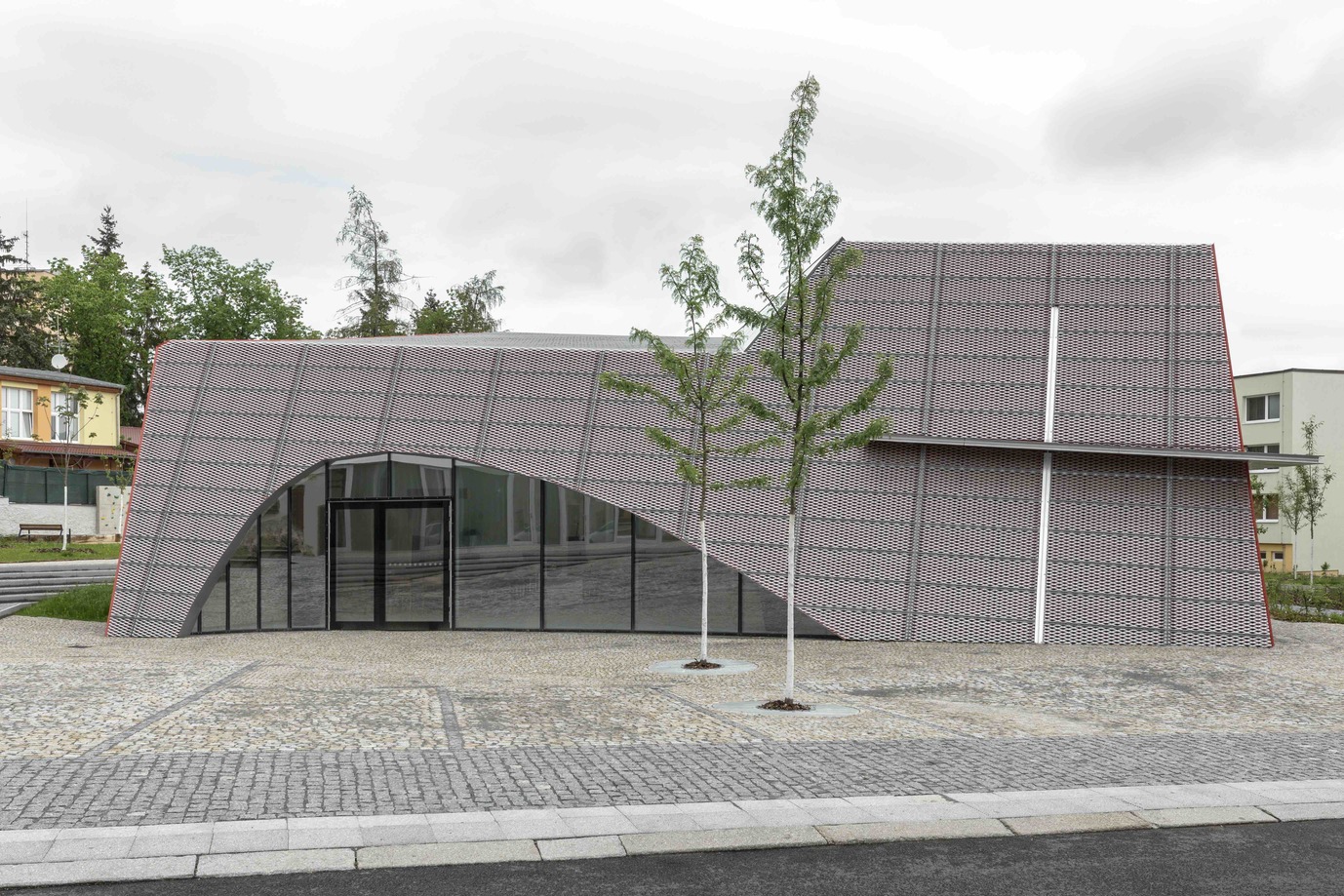 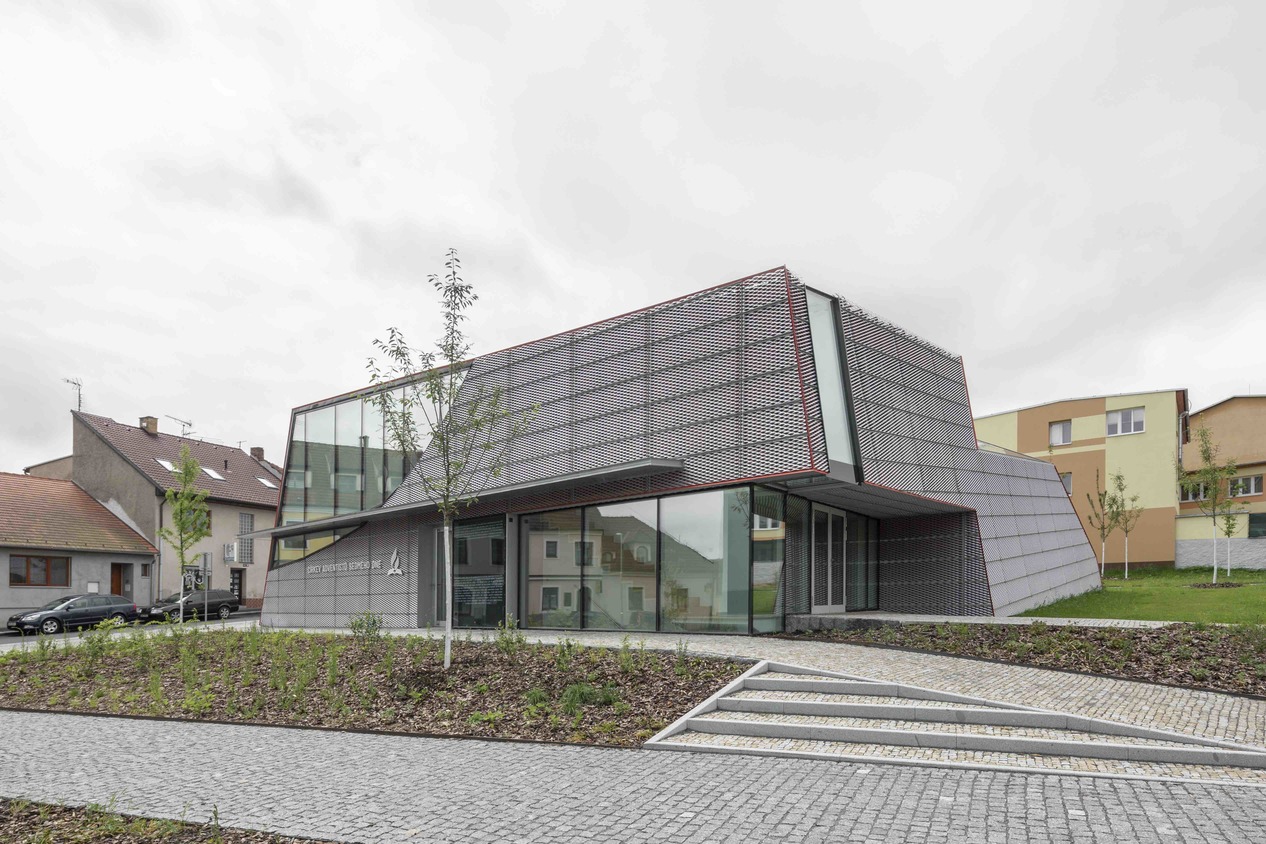 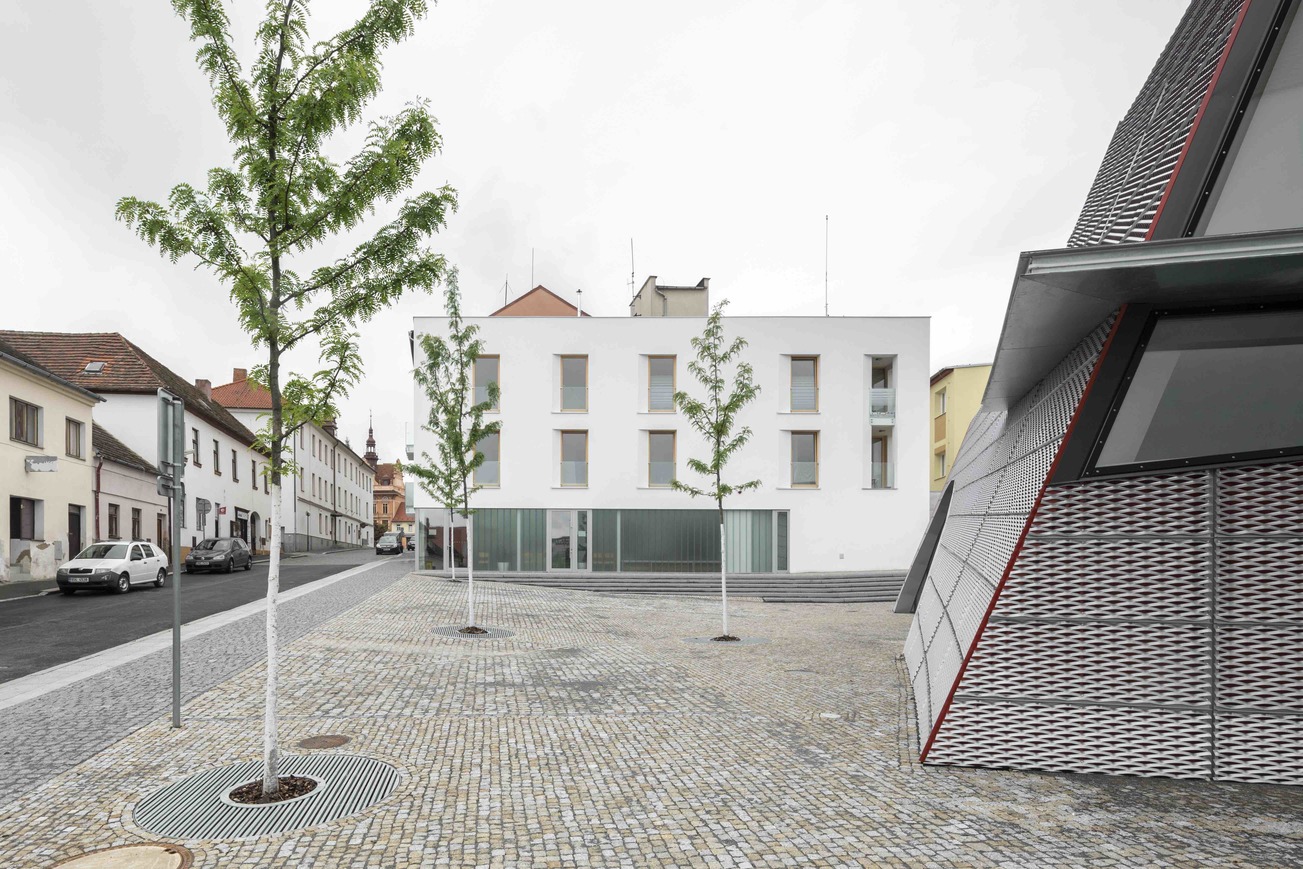 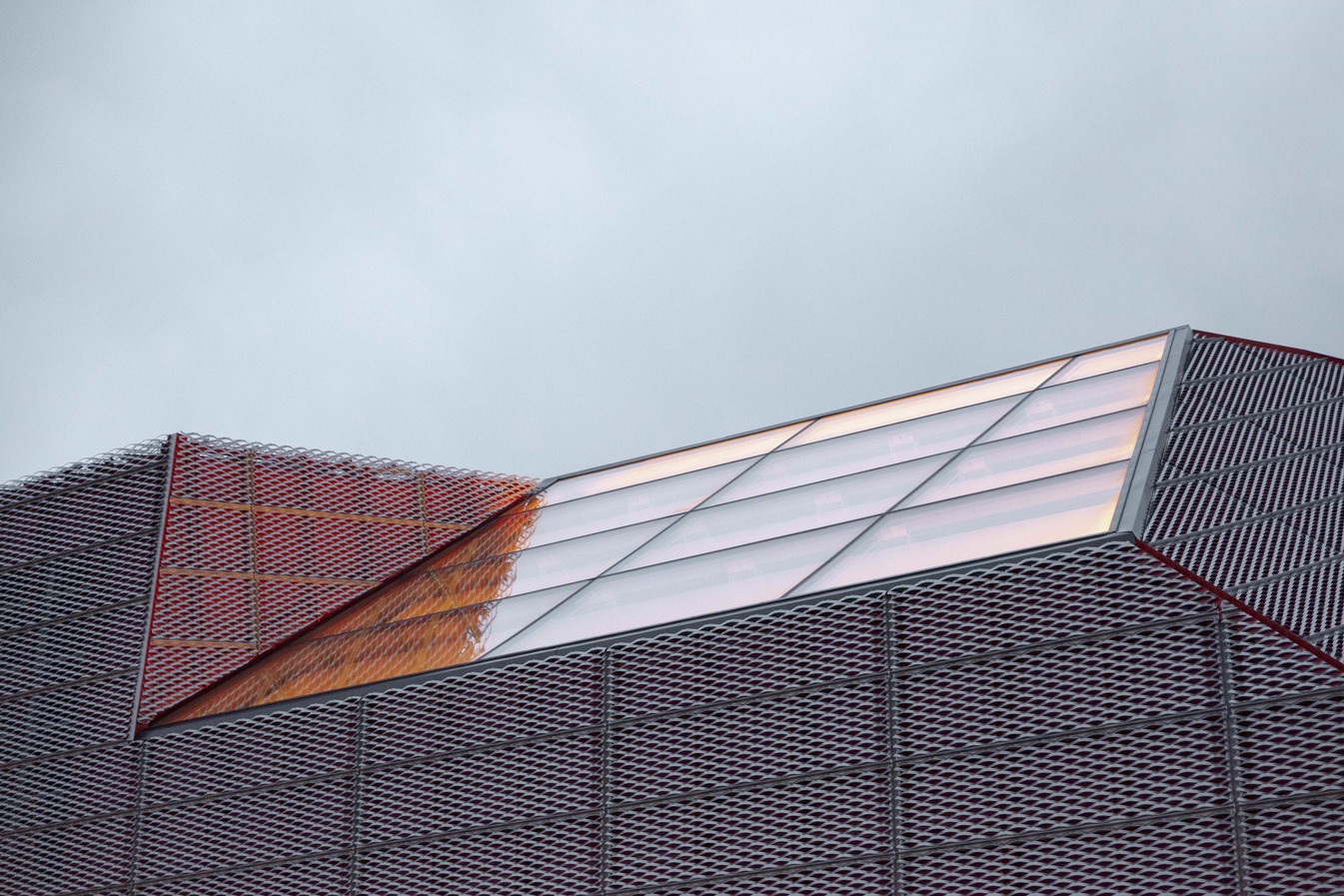 The house of prayer’s shape builds on the intersection of a crystalline form and organic shape of the curve. The solid form composed of individual planes and lines fixed into the ground symbolizes the limited space of life. A curve as a soft organic element represents the spontaneity and dynamics of life – a curve that disbalances us from the solid form. The spiritual dimension of the building’s character is expressed by the vertical composition of the light, generous glazed areas above the rostrum. From the structural point of view, the house of prayer consists of three concrete slabs leaning against each other. Its façade is made of expanded sheet metal. A red foil is placed below the sheets creating the final colour effect. The house of prayer changes its colour during daytime depending on the intensity and direction of sunlight.  The colour scheme is also affected by the distance from the house of prayer. When we are close to it, we perceive the red colour more; when we walk away, the silver colour takes over.

The internal space is divided by four vertical walls longitudinally; contrary, lateral walls are inclining.  Composition-wise, the main hall is at its peak above the most crucial liturgic element – the baptistery, the heart of the entire house of prayer. The sculptor Jaroslava Kadlecová approached the shape of the baptistery as a transcription of the liturgic act of baptism. The side chapels in the left section of the hall establish higher spaces for a more intimate liturgy. Contrary to that, the generously designed ceremonial entrance in the back part of the main hall expresses the openness of the space, removing the barrier between the exterior and the interior. Selected materials emphasize the house of prayer’s atmosphere. The combination of white areas of the floor, walls, and the ceiling, and the light wood in the interior contrasts with the outer appearance. The selected timber cladding provides for good acoustics of the main hall. It contains concealed soundwave-absorbing layers. Ventilation and cooling technology are placed below the acoustic cladding.